Foreign minister: Russia's invasion of Ukraine could be 'on the table' 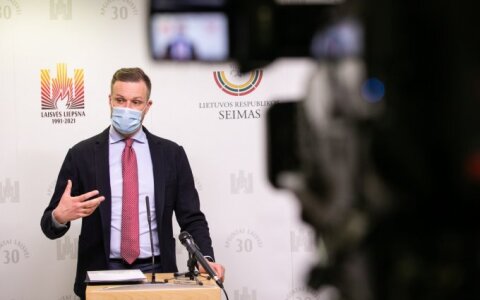 Russia's invasion of Ukraine is a possibility that cannot be ruled out, Lithuanian Foreign Minister Gabrielius Landsbergis said on Thursday as he left for a solidarity visit to Kyiv.

"I don't think it's out of the table," he told reporters at Vilnius Airport.

Russian President Vladimir Putin's "sabre-rattling" on the Ukrainian border could be seen as an attempt to "mobilize his electorate" amid a recent dip in his popularity, according to the minister.

Landsbergis is paying the solidarity visit to Kyiv together with his Latvian and Estonian counterparts, Edgars Rinkevics and Eva-Maria Liimets.

In Kyiv, the top Baltic diplomats are scheduled to meet with Ukraine's leaders and other high-ranking officials.

Foreign minister: Russia's invasion of Ukraine could be 'on the table'