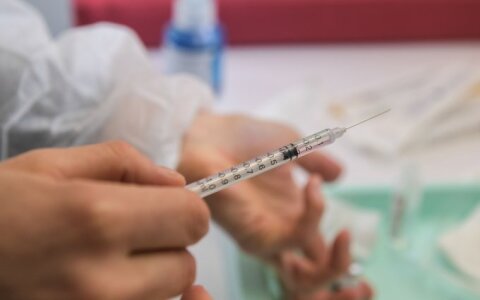 Lithuania's State Medicines Control Agency is skeptical of an idea to delay the second dose of the BioNTech/Pfizer COVID-19 vaccine so that more people could be given the first shot.

This would not be in line with the producer's recommendation that its vaccine doses be spaced three weeks apart, Aiste Tautvydiene, the agency's spokeswoman, told BNS.

Prime Minister Ingrida Simonyte said on LRT Radio earlier on Tuesday that the government is considering spacing out the first and second jabs of the BioNTech/Pfizer coronavirus vaccine to give at least one shot to as many people as possible.

Currently, the two shots of the Comirnaty vaccine, developed by BioNTech and Pfizer, are administered three weeks apart.

The government will consult experts on the matter, Simonyte said, noting that some countries are considering extending the interval to eight weeks.

The prime minister told reporters later on Tuesday that people who have received their first shot will get the second jab as scheduled, but those who have not yet been given the first dose may have to wait longer for the second one.