Lithuania to consider allowing all shops to reopen in mid-Apri 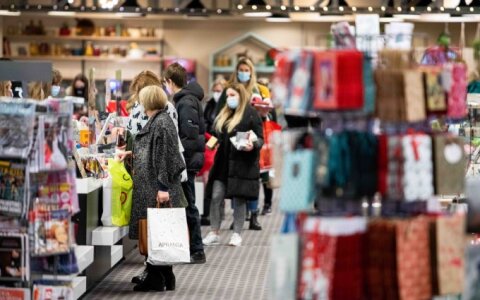 The Lithuanian government is considering allowing all shops, including those that are located in large shopping centers and have no direct street access, to reopen in mid-April, the head of a retailers' association said on Friday.

The move could be approved by the Cabinet next week and take effect on April 12, Ruta Vainiene, the director of the Lithuanian Association of Trade Companies, said after Friday's meeting with the prime minister and the ministers for economy and health.

"The plan, not yet a decision, is to consider next Wednesday the reopening of shopping centers," she said.

Shops will most probably be required to test their employees on a regular basis and control shopper flows, according to the director.

In mid-March, the government allowed all retailers with direct street access to reopen, but shops located in malls, except grocery, pharmacy, veterinary and optical stores, remain closed.

Lithuania to consider allowing all shops to reopen in mid-Apri