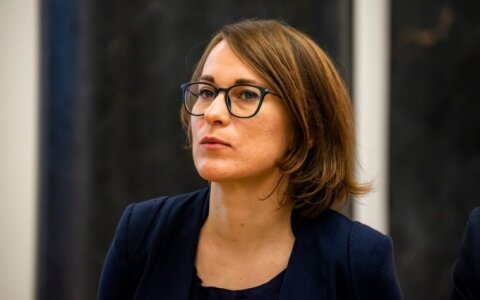 Birute Sabatauskaite, a lawyer and head of the Lithuanian Center for Human Rights, has been appointed Lithuania’s equal opportunities ombudsperson.

She was appointed by the Seimas by secret ballot on Thursday with 75 votes in favor, 38 votes against and 17 abstentions.

Policymakers who called to vote for Sabatauskaite emphasized her experience in the area of human rights and her competence as a lawyer. The opponents, meanwhile, warned that she might not be impartial due to bias on the issues of sexual minorities.

Sabatauskaite was nominated to this role by Viktorija Cmilyte-Nielsen, Speaker of the Seimas. The term of incumbent ombudsperson, Agneta Skardziuviene, expired last June.

Sabatauskaite has an MA in international law and is an expert member of the European network of legal experts in gender equality and non-discrimination.

She has been working for the Lithuanian Center for Human Rights since 2010 and heading the institution since 2013.