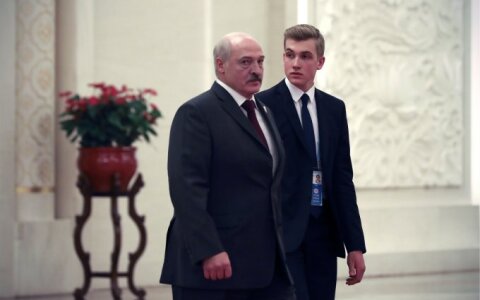 Lithuania, Latvia and Estonia have put another 118 representatives of the Belarusian regime to their sanctions lists, banning them from coming to the Baltic states, Lithuania's Foreign Ministry announced on Thursday.

"Lithuania, together with Estonia and Latvia, stand in solidarity with the people of Belarus, who are fighting for their freedom. The regime’s supporters must realize that the response to the brutal use of force against peaceful citizens will be very strict and clear. Lithuania will certainly not stand aside," Lithuanian Foreign Minister Gabrielius Landsbergis was quoted as saying in the released statement.

The blacklists to be expanded will include 118 individuals who work in the Belarusian internal affairs system and who have directly or indirectly contributed to the falsification of results of the presidential election of 9 August 2020, repression of the democratic opposition and civil society, and serious and systematic human rights abuses, the statement reads.

Related articles
Lithuania and another 18 countries back mechanism to document right violations in Belarus
Nausėda: sanctions against Russia must continue until it leaves Ukraine's territory

The Migration Department under the Ministry of the Interior of Lithuania has already put data on the Belarusian individuals into the national list of aliens prohibited from entering the Republic of Lithuania. There are currently 274 officials from Belarusian authorities and force structures included in the national blacklists of the Baltic states, the Foreign Ministry said.

"Belarus is fighting for its independence. It is a long, difficult road, but I have no doubt that the people of Belarus will achieve their goal. We in turn condemn the actions of those people who abuse their position and power, and use them against their fellow countrymen," Interior Minister Agne Bilotaite was quoted in the statement.