Barcevičius. What kind of welfare are Lithuanians expecting from a welfare state and who is going to pay for it? 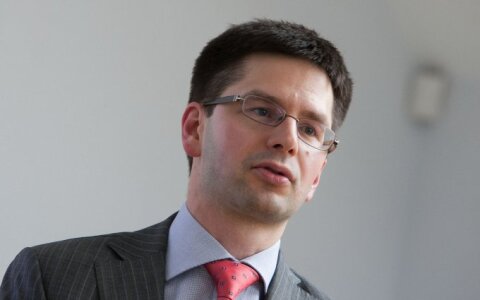 The topic of the welfare state gained more attention in the country last year, when the incumbent Lithuanian President Gitanas Nausėda shared his vision of Lithuania as a strong, just, green and innovative welfare state.

Egidijus Barcevičius, associate professor at the Institute of International Relations and Political Science, Vilnius University, believes that with this welfare state idea, there is an attempt to leave behind low public services versus tax formula that dominates in this country. Lithuania will have to become a welfare state someday eventually, he says, but before that, we need to find the answers to what it is going to look like, how it is going to be funded and whether people are going to trust its institutions. So far, these questions have been addressed only tentatively.

Social matters – a new role for the state

We all have our own interpretation of what a welfare state is because the concept of welfare is wide ranging. “In my understanding, this is first and foremost the activity of institutions in the public sector and involves funding allocated to alleviate unexpected life events (job loss, drop in income, health decline). But a welfare state is equally about the actions public institutions take to create equal opportunities for all members of society to access welfare services,” Professor Barcevičius explains.

Related articles
Nauseda: Lithuania will have to go back to financial discipline after corona crisis
T. Bryer. Is America a democratic nation?

Welfare may even encompass culture services and things related to market and economic activity regulation (including, regulation of hours of work and rest, work safety, employment of minors, and fiscal policy matters).

Historically speaking, the state being active in welfare is very unusual, claims Barcevičius. From the longer-term historical perspective, states and their leaders traditionally occupied themselves with war, defence, security, infrastructure, and fundamental support of the structure of the society.

Social matters are a relatively new role for the state, which it took on more actively as late as the 19th century. Today, however, education, healthcare and social matters have already become an important, if not essential, function of the state.

Roots of welfare states were in Bismarck’s Germany

There is this stereotype that the welfare state idea belongs only to the social democratic political forces, but in reality, welfare states, or their institutions, usually appeared as a sort of reaction to change in a society or economy. “If we took a look at who were the people who took the first steps in creating, for example, the first social security systems, employment agencies or first public services, we would see that in different countries, these were a variety of political forces: liberals, conservatives, social democrats,” suggests Barcevičius. 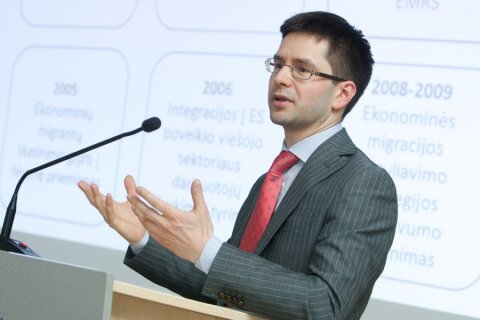 While looking for the roots of the welfare state, the conversation very often turns to Otto von Bismarck’s Germany. “German Chancellor Bismarck was the person who banned socialist movements and literature, but, nevertheless, it was under his rule and supervision that the first steps were taken towards creating healthcare, accident insurance and even pension insurance in Germany,” Professor Barcevičius continues.

According to him, Bismarck was pressured into caring about creating welfare services in Germany by active people’s, workers’ movements, demanding certain rights or social security. But there was a greater incentive to develop these precursors than that – it was vital that Bismarck create an integrated country. In his mind, the state contributing to the social security of its residents and citizens would help ensure their loyalty to the country.

Which welfare state model is the best?

Barcevičius points out that welfare institutions may differ widely in different regions. These differences depend on the way the social matters-related decisions are made, i.e., whether the state helps those who need it most first, helps almost everybody, or it ensures social security at the middle-class level. Moreover, these institutions may be funded differently and offer different service models.

Based on these differing configurations of social institution activity and the level of social security, the scientific theory allows for a variety of welfare state models. The traits of Bismarсk’s corporative system are the most present in Germany and Austria, while the characteristics of the marginal-liberal system are mostly found in the United Kingdom, the United States of America, etc.

“In Lithuania, the state plays the main role in healthcare. This means that we pay our contributions, but if we need a healthcare service, we usually contact public polyclinics or hospitals. In the United States of America, where the market plays a much bigger part in healthcare, the government ensures healthcare services only to those who cannot afford them privately or are over 65 years old. All the other residents buy healthcare services in the market, with some of them being subsidized by the State,” says Professor Barcevičius.

When asked, which country was currently the most effective at implementing the principles of the welfare state, he claimed that the answer depends on the value judgement being made. People who imagine the welfare state as helping only those who shout the loudest, will find the best examples in one set of countries, whereas those who see it as helping everybody equally, will admire others.

“I personally trust the active role of the state in the social sphere more and believe that the state must help everybody become and remain part of the middle-class. Such countries seem more successful to me, so my eyes move to Scandinavia as exemplary,” says Barcevičius.

New taxes – only a matter of time

According to the professor, Lithuania and other societies that broke away from the soviet sphere are used to thinking in categories such as ‘free science’, ‘free education’, ‘free healthcare’ and hoping for high-quality ‘free’ welfare services without stopping to think, who pays for them.

It is always easier to declare welfare state ideas than determine what additional revenue sources are required to fund these ideas. “That’s why the current government is trying to carefully tell the public that if we want quality, high-level welfare services, and a middle-class welfare state, then we need to find a way to collect revenue to fund such a welfare state. This would entail cancelling exemptions, introducing new eco- and wealth taxes. And we will have to face this sooner or later. But yet, neither the President, nor the government have wanted to tackle that question head-on.”

A welfare state is challenged even by climate change

In Professor Barcevičius’ opinion, it appears that Lithuania wants to move towards a good-level middle-class welfare state. People want high-level public services and assistance, which we encounter in both Scandinavian and continental models, but the catch is how to reach this beautiful idea, because one of the main hindrances to establishing a welfare state in Lithuania is the unwillingness of the society to pay more for its welfare services. Moreover, it is unclear who will have to undertake it.

“Problems such as an ageing society pose some financial questions, while the welfare state idea and services should be supported by working people who pay taxes and, thus, finance social services, pensions, etc. If the number of working people decreases and the number of those who need welfare services increases, then we are faced with a kind of a problem,” says Professor Barcevičius.

Any welfare state can be challenged by other problems such as climate change. The professor suggests that if we are not tackling these issues, then we may find ourselves in a situation where natural disasters occur, and even their prevention requires funding, so it becomes unclear wherefrom it should be obtained.

“The fundamental question also concerns the level of trust in the welfare state and its institutions. Societies will never be willing to fund institutions which provide welfare services if they don’t trust their activities or don’t believe in their use in the society. Once questions, such as ‘Why should I throw the money that I earned into the pot?’ or ‘Why should I pay for others?’, appear, which tends to happen when the society is divided, the impetus to create a global security network in the country starts to wane,” Barcevičius is convinced.

Barcevičius. What kind of welfare are Lithuanians expecting from a welfare state and who is going to pay for it?