Dr Peiman Alipour Sarvari. The conflict among the giants? Who is the real loser at the end? 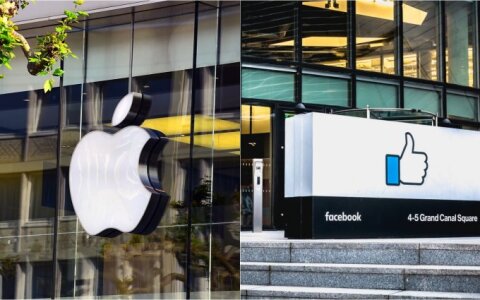 Even more deeply rooted in the last decade, in 2020, Apple and Facebook engaged in a conflict crystallized around personal data. This conflict raised the awareness of stakeholders and the general public as it is implying two of the most famous IT companies of the world, half of the GAFA, Facebook having a global revenue of 86 billion USD in 2020 (more than the GDP of many countries), and Apple with a global revenue of 275 estimated for the same year as well as it reached the value of 2 trillion USD in August 2020.

Beyond the clash of titans which could be observed with an ironic distance, there are also several technical, governance and business lessons to learn from the current stage of the conflict.

The rivalry between the two platforms

The first question to ask is why an apparent win-win status quo was broken. Indeed, both Apple and Facebook are companies leading a platform or a business ecosystem. According to (Gawer & Cusumano, 2014) there are internal and external platforms. Internal platforms are a set of assets organised in a common structure from which a company can efficiently develop and produce a stream of derivative products”. External platforms are the “products, services or technologies that are similar to the former but provide the foundation upon which outside firms (organised as a “business ecosystem”) can develop their complementary products, technologies or services.” Moreover, a platform leader, or a “keystone company”, “drives industrywide innovation for an evolving system of separately developed components.”

This kind of ecosystem, although extremely powerful, innovative and beneficial, results also from a complex combination of collaboration and competition, which is the case of the relationship between Apple and Facebook. The current stage of the argument between Apple and Facebook can be interpreted in this theoretical framework. Both companies are platform leaders, Apple being the leader of several hardware and software platforms that emerged around its solutions, while Facebook built its platform around its social network and its satellites companies.

Theoretically, the two companies should be more in a collaborative mode as they are not addressing the same needs. On the contrary, their solutions are highly complementary or, in other words, interdependent. And the fact is that indeed, Facebook benefited for long from the iPhone’s platform, which enabled the emergence of a large market of customers for mobile access to social networks through smartphones, and Facebook used this to disseminate the entry point to its platform. Conversely, the possibility to access the Facebook ecosystem through the iPhone was an incentive to attract customers to the iPhone’s ecosystem. 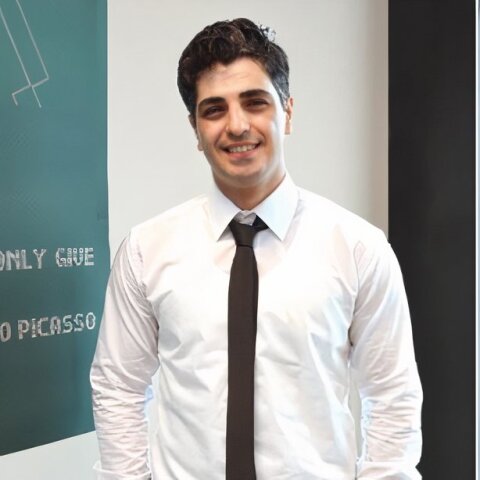 In terms of ecosystem orchestration, the tensions between the two companies may be interpreted in terms of value distribution issues, intellectual property management, and leadership.

The value distribution appears there is another way than it did for the case of Fortnite. This video game was removed from the Appstore catalogue as its editor, Epic Games, was considering itself strong enough to challenge the commission (30%) that Apple is taking from the transactions as intermediary and platform leader. For the argument with Facebook, this is not the cornerstone of the conflict, at least at the first glance.

Conflict based on a contradiction between the business models

There, Apple is challenged by Facebook on a more fundamental contradiction between the business models of the two companies, which can be interpreted at least in part as a conflict on the intellectual property (around the personal data management), but also as the confrontation between two platform ecosystems concerning their respective integration.

For several years, Apple decided to build a specific business model based (at least in a marketing perspective) on high-end hardware and software with a strong focus on respecting the customers’ privacy. Indeed, Apple decided not to compete directly with companies that have based their business models on data-intensive re-use of personal data gathered through the use of their services, such as Facebook but also Google, maybe because Apple began the twenty last years as a challenger on its markets (against Windows platform for example) and thus not having the required critical mass to engage in these domains. On the contrary, companies such as Google and Facebook, despite limited attempts, did not engage in the hardware but focused on the services and thus on data, including personal data. In terms of business models and revenue generation, it means that Apple may rely on the hardware, complemented by some software and services, whereas companies such as Facebook are highly depending on the collection of user-generated data.

For years, this led to complementary and interdependent models, for example, Apple was encouraging the integration of Facebook identification in its system. As was stated at the beginning of this note, it is interesting to explore why was this status quo broken.

The fact is Apple does not consider worthless the personal data, but it highlights their valueless in terms of re-use by a downstream ecosystem than in the empowerment of its consumer to let them decide was can be extracted from their online behaviour, what can be done from that and who can do it. In this way, Apple’s commitment is consistent with the discourse of privacy advocates, and with some initiatives taken by governments, such as the GDPR in the European Union, which explains the presence of Tim Cook, Apple’s CEO at the European Conference on Computers, Privacy, and Data Protection (CPDP). Of course, Apple also uses this empowerment as a marketing advantage, and at each version of its platform software, it increases the means of control of customers on their data.
This caused this new crisis between the two giant IT companies in 2020 about iOS 14. As a platform leader, Apple continued its policy of users’ empowerment and decided that the next version would put a requirement on the applications of its ecosystem. From this version, they will have to ask explicitly the customer’s consent before being able to track his activities. From the perspective of Facebook, it is a crucial threat to the stability of its ecosystem, highly dependent on the advertising market.

One interesting complementary question is to wonder whether, beyond marketing and commitment reasons, what could be the second line or hidden objectives or agendas of the protagonists. As we noted for Epic Games, Facebook is among the challengers of the commission taken by Apple. During the 2020 summer, there was another conflict between the two companies, as Facebook decided to suspend its own commission on the transactions made on its platform to support the small business impacted by the Coronavirus crisis. Apple first resisted before suspending temporarily its commission on these transactions. In this perspective, the greater and greater control provided to consumers might thus also be understood in the frame of the broader issue of the value distribution in and between the ecosystems, as a pressure mean.

The counter-attack of Facebook is to announce its will to leverage the US antitrust legislation (see below), arguing that Apple does not put the same restrictions on its own applications, representing thus anti-competitive behaviour.

This is thus a good example to highlight the fact that the balance of powers in and between platforms is a long-standing issue, with fragile compromises after each confrontation. This is still the situation in the first quarter of 2021. It is difficult to predict which new status quo will be reached and how, but it is interesting to explore the (symbolic) use of the antitrust laws as well as the first lessons to learn from this conflict.

A focus on the antitrust laws

Antitrust laws from which Facebook is threatening to sue Apple, are a set of laws that were taken in the USA since the end of the XIXth century. At that time, as the USA had evolved in less than a hundred years from a colonial economy as the margins of the European economy, to become the dominant industrial power, the US economy had to deal with the emergence of very large companies (or of holdings) having a dominant market share (or even a monopoly) and some of whose adopting an anti-competitive behaviour. Considering the risks for the economy, for the final consumers who were the electors, US Parliament passed a set of laws intending to limit these monopolies and the anti-competitive practices. One of the most famous consequences is the dismantlement of Rockefeller's Standard Oil Company, which was divided into several companies in 1911.

Using this reference in its conflict with Apple in the perspective of a trial or especially in front of the general public covers both a legal and psychological dimension in the public campaign orchestrated by the two companies. Even if it is not granted that Facebook will go to court, it is using this memory in its argument with Apple, trying to balance the official benevolence of Apple about personal data with the memory of deleterious business practices.

A primer on the lessons learned from this conflict

The cyber-security issues are part of the challenges but are not central. None of the companies debates on the paramount importance of cyber-security and especially the companies attached to the collection of personal data are aware that any leak could jeopardize the trust of their customers.

There is a point on the value distribution and the fair access to personal data. There, it is important to take some distance with potential naïve interpretations of the debates, between the right and the faulty part. The issues are deep and difficult to solve. The fact is that many online services are relying on the advertising mechanisms and on the collection of personal data to customize the ads. The economic dimension of personal data shall not be neglected, it’s a powerful driver of the digital economy. The French president, Mr Macron, did not tell the contrary when he stated in crude words that “we have […] the GAFA in the US, the BATX in China and the GDPR in Europe” . But on the other hand, the re-use of personal data also represents a potential threat against the privacy of the customers.

In terms of citizen empowerment, these issues could be dealt through data literacy programs on which students and the general public could be trained. Many of them are still ignoring the fragile balance of the online economy, as well as the de-identification mechanisms which might represent a threat for them.

In terms of platforms and ecosystems, this showcases the need for solutions accommodating at the same time fair access to valuable data, a healthy digital economy, an informed consent concerning the access and re-use of personal data. All these issues could be dealt with existing solutions such as the personal data cooperatives, where users may store their data through the informed consent process, and which represent a new intermediary in the ecosystem and which could ensure better-balanced settings for data and personal data availability and relationships between the members of the ecosystems. Although they are currently mainly designed for public good issues such as health, their extension to other domains could contribute to these debates.

By the way, you might be hearing some interpretations or comments from Facebook and similar platforms that warning citizens about the threat around free applications and websites that are surviving with advertisements and with Apple’s new regulation they won’t offer any free services!

My answer to these worriers is that; no worries, the ecosystem will re-shape itself and citizens won’t be the biggest losers!

Dr Peiman Alipour Sarvari. The conflict among the giants? Who is the real loser at the end?