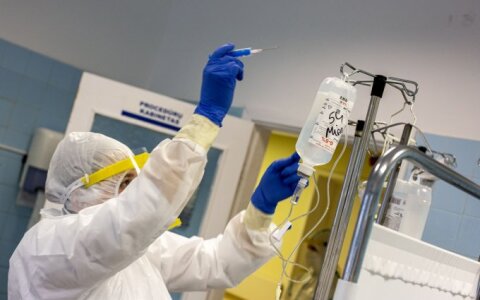 Lithuania’s 14-day case notification rate now stands at around 307 cases per 100,000 inhabitants, up by 78 cases from last week, according to the center’s data update published on Thursday.

As regards the 14-day death notification rate, Lithuania comes in 13th with around 58 deaths per 1,000,000 inhabitants, down by 1 death over a week.

Slovakia comes first with around 246 deaths per million population, followed by the Czech Republic with almost 239 deaths and Hungary with around 646 deaths.

Meanwhile, the best rates among the countries monitored by the ECDC continue to be found in Iceland (4 new infections and no deaths). Among EU member states, Spain leads with almost 15 cases and slightly over than 80 deaths.