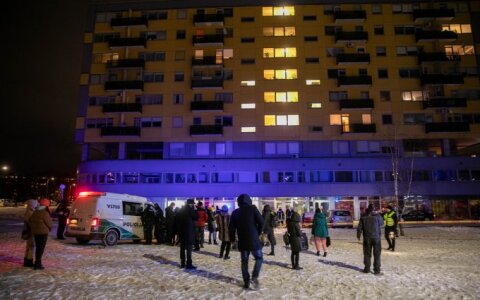 People will be able to return to their flats in an evacuated apartment building in Vilnius after an inspection found that it is safe to live in, the Lithuanian capital's municipality said on Tuesday morning.

"An expert conducted a thorough inspection and this morning presented the conclusion (...) that the building is safe and residents are recommended to return to their apartments," Vilnius Vice-Mayor Valdas Benkunskas said in a press release.

"In other words, the evacuation order will be canceled shortly," he added.

The evacuation of the nine-story building in Gabijos Street was ordered on Monday night after the Fire and Rescue Department received a report that cracks had appeared in its walls.