Report: Russia may use cargo tracking system as lever against neighbors 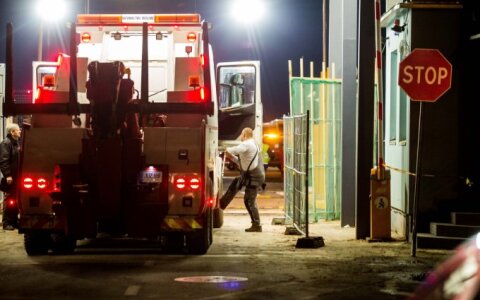 The new cargo tracking system is based on GLONASS, the only navigation system permitted for use in the Russian Armed Forces.

GLONASS was originally created for the Russian military and is managed by Roskosmos, another Russian state corporation, the State Security Department and military intelligence said in their annual national security threat assessment report.

"It is highly likely that one of the main reasons for developing such a system was Russia's intention to gain control over all cargo transported among Russia, Kazakhstan, Belarus, China and the EU," they said.

Data on cargo movement is provided to Russia's Federal Customs Service and the federal transport supervision service Rostransnadzor. The system is operated by Digital Platforms Development Centre, a subsidiary of RT-Invest Transport Systems, a company associated with the Rotenberg family that is close to President Vladimir Putin, according to the report.

"Russia may exploit data from the tracking system as economic lever against businesses and states – for instance, in tailoring sanctions or advancing Russian business interests," the intelligence agencies said.

There is also a risk that the tracking system developed by the Russian military industry "will be used for data collection to meet the demands of the Russian Armed Forces", they warned.

Report: Russia may use cargo tracking system as lever against neighbors