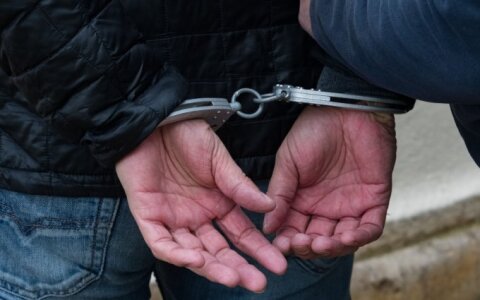 Other suspects in the probe are Virginijus Domarkas, CEO of the medical equipment supplier Limeta, and Kestutis Kutkauskas, CEO of Limeta NT and a shareholder of both companies, according to information available to BNS.

Domarkas, a former Social Democratic MP, is a member of the municipal council in the western district of Kretinga.

Kutkauskas is the husband of Jelena Kutkauskiene, director of Republican Vilnius University Hospital, another major hospital.

Suspicions have also been brought against Erlandas Sudeikis, board chairman and shareholder of Graina, a Panevezys-based medical equipment supplier.

Related articles
Number of bribe-givers down, many believe bribes solve problems
Lithuania remains at No. 35 in global corruption perception index

The Special Investigation Service said on Wednesday that it was conducting a large-scale pre-trial investigation into suspected corruption in public procurement procedures in various healthcare facilities across the country.

The anti-corruption body is expected to provide more information about the probe on Thursday.

According to LNK TV, around 20 managers, doctors and technical staff of medical institutions have already been detained in the investigation, and the polyclinics of Radviliskis and Utena, and the hospital of Kedainiai are on the agency's radar, too.