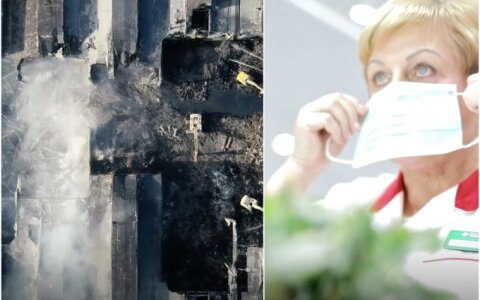 An increase in air pollution has been recorded in Lithuania in recent days and residents are advised against exercising outdoors and advised to ventilate their homes only during daytime.

"Increased air pollution has been recorded. The amount of particulates exceeded the limit value at air quality stations in all cities yesterday, and we also recorded an increase in the concentration of nitrogen dioxide," Vilma Bimbaite of the Environment Protection Agency told BNS, adding that similar air pollution level are expected over the upcoming days.

"The forecasts are not very much comforting as that polluted air mass is expected to stay until at least the weekend. We will probably have more or less of that pollution this whole week," the specialist said.

She says the increase in air pollution has to do with polluted air masses over the whole of Europe, adding that the existing weather conditions are not favorable to their dispersals due to the absence of winds.

The specialist recommended for people to avoid exercising outdoors, not to ventilate homes in the morning and evening when the pollution concentration is the highest and do so at midday.