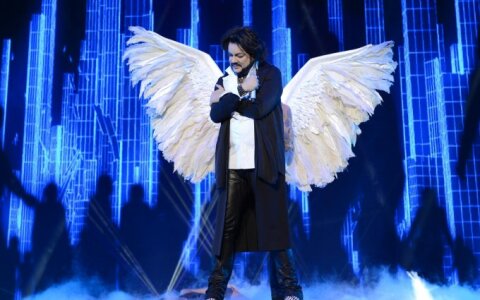 A Vilnius court has refused to hear an appeal filed by Russian performer Philipp Kirkorov against the migration authority's decision to ban him from entering Lithuania for five years.

Vilnius Regional Administrative Court decided last Friday not to accept the appeal for hearing because it was not substantiated and because the deadline for the Migration Department to explain its decision to blacklist Kirkorov had not yet expired, Audris Kutrevicius, the court's spokesman, told BNS.

The department's decision may be appealed from the date of receipt by the appellant, regardless of how much time it takes to serve the document on the person, the court noted.

Linas Makaveckas, the Russian singer's lawyer, told BNS last week that his client had turned to court without waiting for the formal notification from the migration body and for its reply to his request for a detailed explanation of the reasons for blacklisting him.

Under the law, the appellant must submit the contested decision to the court.

The Vilnius court noted that Kirkorov will be able to file a new appeal once he has the necessary documents.

The Migration Department imposed the five-year entry ban on the singer, who has dual citizenship, Russian and Bulgarian, at the Foreign Ministry's request on January 19.

The court received Kirkorov's appeal against the decision on February 15. In his appeal, the performer asked the court to order the department to submit the document and then annul it.

"We learned about this (entry ban) from media reports. I made inquiries with the Migration Department in writing on February 5, but we received no answer yet. And time is ticking away," his lawyer then told BNS.

Foreign Minister Gabrielius Landsbergis told the migration authority that the well-known performer, during his multiple visits to the annexed Crimean Peninsula, "deliberately denied the territorial integrity and sovereignty of Ukraine and thus indirectly justified the aggressive actions of the Russian Federation".

According to Landsbergis, Kirkorov's participation in concerts in Crimea "significantly harms the national security of Lithuania".