Source: EU might agree on sanctions for Russian officials on Monday 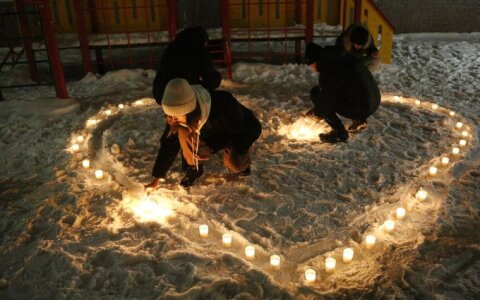 EU foreign ministers might on Monday announce their decision to introduce sanctions for Russians officials in response to the imprisonment of the Kremlin's critic Alexey Navalny, a diplomatic source said on Friday.

Based on unofficial information, the drafting of the sanction list is nearing completion and the list includes persons and officials close to the Kremlin.

"On Monday, the Foreign Affairs Council is expected to reach political agreement on the EU response to the events related to Navalny as the final decisions are being made on the proposed group of influential persons and officials close to the Kremlin," the source informed about the negotiation process told BNS.

The Baltic states and Poland have long called for the introduction of sanctions for Moscow and more countries have recently expressed their support.

The EU Foreign Affairs Council will hold a meeting in Brussels on Monday.

On the eve of it, ministers will hold an informal meeting with Navalny's associates Leonid Volkov and Ivan Zhdanov at Lithuania's initiative, Lithuania's Foreign Ministry told BNS.

Foreign Minister Gabrielius Landsbergis says it will allow EU minister to receive first-hand information about the situation in Russia.

"When speaking with EU counterparts, we feel a hugh need for information on what is the true situation with regime opponents in Russia. And the best thing always is to hear it first-hand, therefore, Lithuania has taken the initiative to organize a meeting with Russian opposition representatives in Brussels," the minister said in a comment sent to BNS.

He refrained from commenting on the potential introduction of sanctions as the ongoing process is not public.

Source: EU might agree on sanctions for Russian officials on Monday