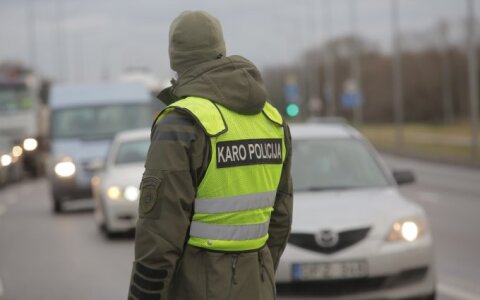 The mayors of Siauliai, Panevezys and Alytus have criticized the government for postponing decisions on easing travel restrictions between the cities and surrounding municipalities.

The mayors told LRT Television on Wednesday evening that they had expected the Cabinet to relax the restriction to allow people to drive to the countryside to enjoy the nature, have a walk or go fishing, noting that the police lack the capacity to enforce the travel ban.

"The inner-ring municipalities, especially small ones like Siauliai, Panevezys or Alytus, are a single functioning mechanism. This mechanism is so closely interlinked that there's no point in trying to break these links on the city border," Siauliai Mayor Arturas Visockas said.

"Of course, we're disappointed, because we had expected the issue to be resolved today," said Panevezys Mayor Rytis Račkauskas.

Currently, only people going to work, visiting doctors or attending funerals are allowed to travel between municipalities.

Alytus Mayor Nerijus Cesiulis says that people going out of the town, for example, on a fishing trip lie to the police when stopped at a roadblock.

"We're trying to deceive ourselves into believing that people aren't travelling. They are," he said, adding that "there aren't enough police officers to check."

Earlier on Wednesday, the Cabinet postponed the further easing of lockdown restrictions for a week, although the government's emergency commission had on Monday recommended gradually relaxing movement restrictions in the so-called "inner-ring" municipalities.