Remains of 11 post-war partisans, their supporters found, identified in Lithuania 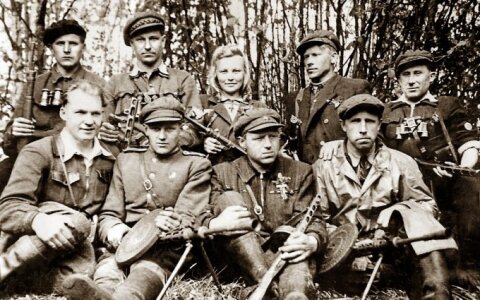 The remains of 11 Lithuanian partisans and their supporters have been discovered and identified in Vilnius and Leipalingis, near the southern town of Druskininkai, the Genocide and Resistance Research Center of Lithuania said on Monday.

In 2019, the remains of 34 partisans were re-exhumed at Leipaligis Cemetery in Druskininkai Municipality, and the remains of seven partisans and two supporters have been identified so far. The identification of another three remains is nearing completion.

"The remains were re-exhumed in response to relatives' requests to identify the victims. We looked for relatives of all 170 killed persons and took their DNA samples. Nine fighters have been identified so far out of the 34 re-exhumed remains," Eugenijus Peikstenis, a senior adviser from the Genocide and Resistance Research Center of Lithuania, told BNS on Monday.

In his words, the search for the remains of the remaining fighters in Leipalingis will continue.

Adas Jakubauskas, head of the center, noted that it was the first re-exhumation of partisans' remains.

Remains of 11 post-war partisans, their supporters found, identified in Lithuania