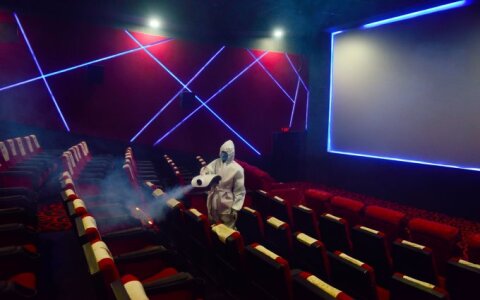 Pandemic-related restrictions pushed revenue and the number of spectators of Lithuanian cinemas down almost three times, according to the latest figures from the Lithuanian Film Centr

Lithuanian cinemas, which received an average of 30 000 visitors a month before the pandemic, will remember the year 2020 as one of the worst.

According to the Lithuanian Film Centre, before the pandemic the film screening market in Lithuania was seeing an increasing interest in films (383 films were shown, 4.1 million tickets were sold and 22.495 million euros were collected in 2019). The revenue of film-screening companies was only 8.4 million euros in 2020 and barely 1.5 million tickets were sold. There were 271 films screened in the country’s cinemas, 13 of these were the premieres of Lithuanian films.