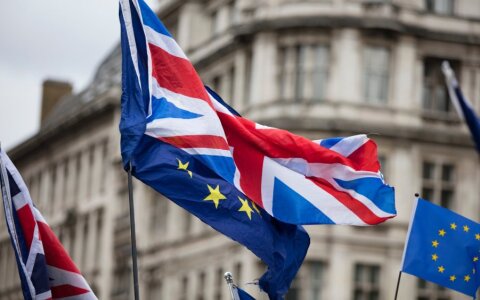 Lithuanian, Estonian, Bulgarian, Romanian and Slovenian citizens are charged 55 pounds more for work visas than other EU citizens as of the start of this year.

Lithuania's Foreign Ministry says it is raising the issue with both EU institutions and also the United Kingdom.

"The European Commission is aware of this discriminatory case, the EC leadership is informed about that. We are convinced that treating all EU citizens equally in relations with the UK is a shared interest of all EU member states," Arnoldas Pranckevicius, a vice minister of foreign affairs, told BNS.

In his words, the issue has been numerous times discussed with EC representatives, during meetings of EU ambassadors, as well as at the bilateral level with other EU member states.

"We want this issue to be raised with the EU-UK cooperation institutions. The issue is also being raised at the bilateral level with the United Kingdom," Pranckevicius said.

Britain says the visa price difference has to do with the fact that Lithuania and the other four countries are not members of the European Social Charter of 1961 that stipulating facilitated issuance of work visas.

Lithuanian diplomats says, however, the arguments are not convincing as Lithuania, and the other four mentioned EU member states, are members of the revised European Social Charter of 1996.