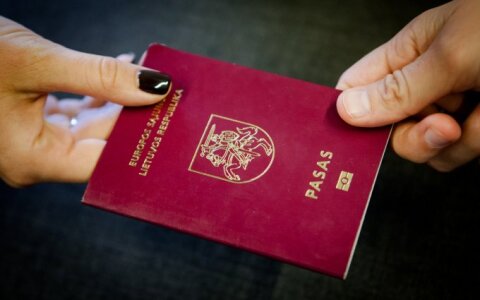 People willing to restore their Lithuanian citizenship won’t be required to come to Lithuania, the country's Foreign Ministry said on Tuesday.

"Persons having the right to restore Lithuanian citizenship and willing to do so will continue to be able to choose a more comfortable way of submitting relevant documents, either visiting a Lithuanian diplomatic representation or consular establishment, or directly at the Migration Department," the ministry informs.

The proposals are aimed at reducing time and financial costs for persons, the ministry said.

As the Migration Department is suggesting setting requirements that applications regarding Lithuanian citizenship, giving an oath to Lithuania, as well as regarding the issuance or replacement of documents proving Lithuanian origin could be submitted via the MIGRIS system, the ministry recommended in its previous document to leave the provision that applications for the restoration of Lithuanian citizenship should be submitted only via the Migration Department.

It was stated then that in such way descendants of the second, third and fourth generation of Lithuanian emigrants would be encouraged to "restore, establish and promote their ties with the state".