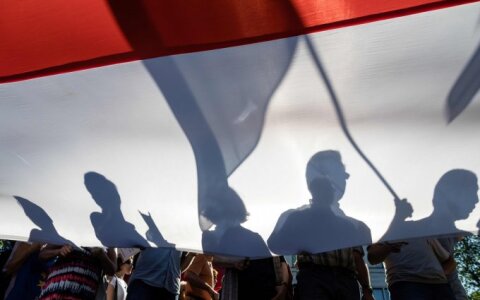 The Union of Poles in Lithuania will carry out a census of the Polish minority in the country alongside the ongoing national census being carried out by the country's statistics service, Statistics Lithuania.

The minority census would be carried out online, by phone and in person, with its organizers saying that all lockdown-related restrictions will be observed.

"The Union of Poles in Lithuania is launching a citizen census initiative which will take place alongside the general census of Lithuania's population. We are launching this initiative to be able to mobilize our residents and pay attention to the importance of including information about a person's identity and nationality," Vilnius Vice Mayor Edita Tamosiunaite, a vice chair of the union, told a press conference at the Lithuanian parliament on Tuesday.

Statistics Lithuania started carrying out a national census in January but is carrying out using the existing administrative sources of information and specialists would not visit people during the census.

As of July 1, almost 83,000 foreigners live in Lithuania, making almost 3 percent of the total population.