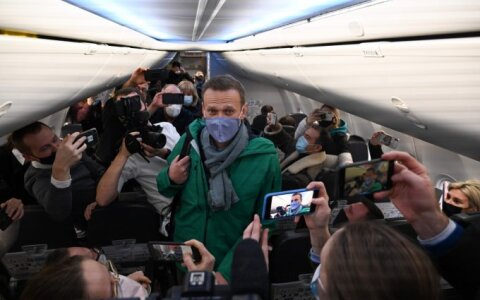 Lithuanian President Gitanas Nauseda has condemned Russia's "brutal" actions against the opposition and its supporters, calling them "a throwback to Stalin's era".

"Denying the right to political opposition is a throwback to Stalin's era. Illegally detained protesters including Navalny's spouse must be released immediately," he wrote.

Kremlin critic Alexei Navalny was arrested at Moscow’s airport earlier this month as he returned to Russia from Germany for the first time since he was poisoned with a nerve agent in August and flown to Berlin for treatment.

Navalny’s wife, Yulia, was among of thousands of people detained in protests across Russia on Saturday.