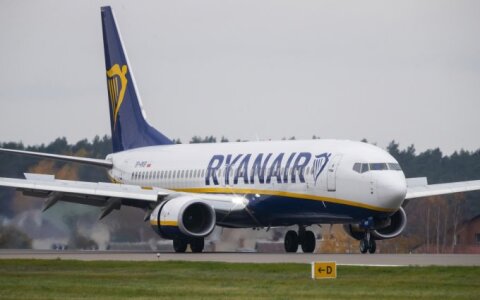 Ireland's budget carrier is temporarily suspending all flights to and from Vilnius and Palanga due to the pandemic and travel restrictions, leaving Kaunas-Dublin as the only route it will operate to and from Lithuania in the next few months.

"It's currently known that the airline will simply not operate any flights from Vilnius Airport until the end of March due to the challenges caused by the pandemic and the existing travel restrictions, but this doesn't mean the closure of the base," he told BNS.

The spokesman said he had no confirmed information indicating that the company was planning to close its base at Vilnius Airport.

The Dublin-based carrier announced on January 7 that it was making big cuts to its flight schedule in response to COVID-19 restrictions.

"Ryanair will significantly cut its flight schedules from Thursday, 21 January, which will result in few, if any, flights being operated to/from Ireland or the UK from the end of Jan until such time as these draconian travel restrictions are removed:" it said in a statement.