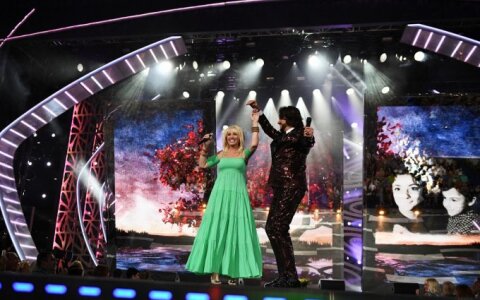 Daina Urbanaviciene, Lithuanian Deputy Minister of Culture and former chair of the Lithuanian Council for Culture, regretted over subsidies for cancelled or postponed events allocated to companies that had been planning concerts of Russian performers Philipp Kirkorov and Mikhail Shufutinsky.

According to the deputy minister, subsidies had been allocated based on purely economic and legal aspects.

“I sincerely regret this situation. When I chaired the Lithuanian Council for Culture, the allocation of subsidies to the organizers of cultural and artistic events only involved the evaluation of economic and legal aspects, based on the requirements outlined in the terms and conditions of a respective program,” the deputy minister said in comments sent to BNS on Thursday evening.

“I can state that, in this context, the statements and actions of the abovementioned performers run against the values of the Lithuanian Council of Culture and the Lithuanian society and such events would not be eligible for funding under … the financial instruments involving expert evaluation,” Urbanaviciene said.

She added that she would propose adding expert evaluation to the process of screening for eligibility for state aid to business affected by the pandemic.

Culture Minister Simonas Kairys described the situation as a slap in the face but emphasized that subsidies had been allocated due to “the faulty previous scheme of subsidization”.

He pledged to make sure that eligibility screening from now on included quality and artistic value and decisions were based on expert conclusions.

“I would also like to use this painful lesson as an occasion to take a deeper look at a problem that has been around for a very long time. It is not the first time in the public domain that we have witnessed incidents or doubts about the concerts by pro-Putin performers in Lithuania,” Kairys wrote.

Late in November, the Lithuanian Council for Culture allocated a subsidy of nearly 13,700 euros to Bravo Events over the losses sustained due to cancelled shows by Kirkorov.

A subsidy allocated to Mon Voyage, which sustained losses due to cancelled shows by Shufutinsky, amounted to nearly 17,000 euros.

The Ministry of Culture also told BNS that it had asked the Lithuanian Council for Culture to provide detailed information about the implementation of the subsidy program.

Andrius Tapinas, a public figure and TV host, on Thursday expressed indignation over the allocation of subsidies to the promoters of shows by Kirkorov and Shufutinsky in Lithuania.

“In September, Kirkorov featured in a video clip supporting Lukashenko, in October, he described the Crimea as his favorite place in Russia, he wished a happy birthday to the greatest president. Shufutinsky, the chanson king of mobsters, has also given concerts in occupied Crimea repeatedly,” Tapinas wrote.

According to him, concerts by Kirkorov and Shufutinsky had been postponed to this year.