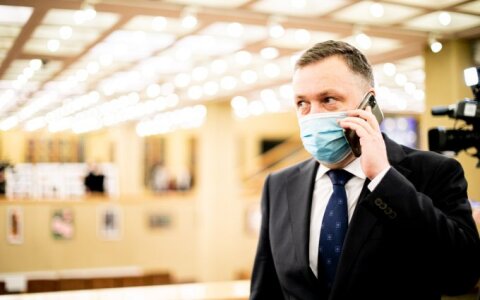 Antanas Guoga is resigning as a member of the Lithuanian parliament, the head of the Central Electoral Commission confirmed on Tuesday.

"After 4 p.m. (on Tuesday), we received MP Guoga's request to cancel his mandate of a member of the Seimas" as of January 14, Laura Matjosaityte told BNS.

The MP said he was resigning "of his own free will" and asked the election watchdog to convene a meeting so that he could read out his request, according to her.

Guoga would be replaced in the Seimas by Arturas Skardzius, the next-in-line candidate on the opposition Labor Party's list in last autumn's parliamentary election.