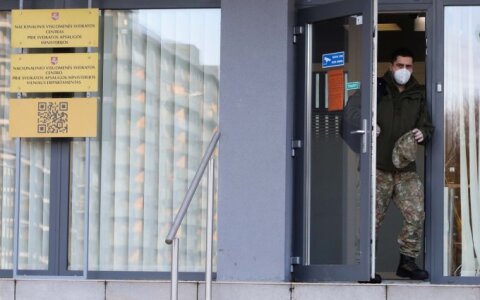 Robertas Petraitis, director of Lithuania's National Public Health Center (NPHC), refuses to step down despite a call to do so by Health Minister Arunas Dulkys.

"Petraitis does not agree (to resign)," Aiste Suksta, the minister's spokeswoman, confirmed to BNS on Monday.

Dulkys called on Petraitis to step down after the two met on Friday and gave him until Monday to decide.

The minister then said he would have "to look for another way" and take "more bureaucratic action" if the director refused to resign.

The NPHC director came under fire after it emerged that over 1,000 coronavirus-related deaths had not been included into the official statistics.

Petraitis said this had happened because of hospitals' failure to provide the center with information in a timely manner.