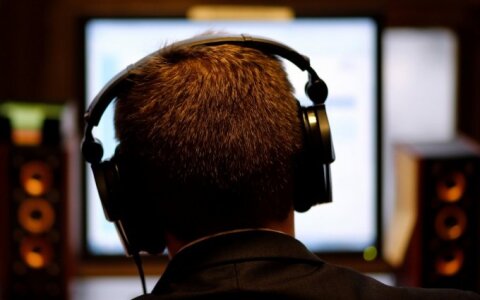 Lithuania's prosecution service says it has handed over to court a case of two Lithuanian citizens accused of spying for Russia.

The service said on Friday that although the accused persons do not know each other and their activity differs, evidence collected during a pre-trial investigation allows suspecting that they were involved in criminal acts by the same person, an officer from Kaliningrad Border Board of the Federal Security Service of the Russian Federation.

Based on the law enforcement information, the officer introduced himself to the defendants, using a fake identity, and speaks perfect Lithuanian.

The pre-trial investigation into alleged spying when tasks of an intelligence organization of the Russian Federation were carried out was launched upon receipt of information from the State Security Department, collected using measures provided for in the Law on Intelligence.

Elena Martinoniene, spokeswoman for the Prosecutor General's Office, confirmed it to BNS it’s the same pre-trial investigation the prosecution service reported in early March last year. It was reported then that Ela Andrejeva, a Klaipeda councilor, was detained. Her lawyer Natalja Focenkova later told BNS the politician had been granted the status of a special witness.

Dovile Sauleniene, spokeswoman for Klaipeda Regional Prosecutor's Office, told BNS the case had been received, adding that charges as part of this case were brought against Aleksejus Greicius, a public figure and managing director of the Baltic Youth Association Juvenis, and also Mindaugas Tunikaitis.

Residing in Pagegiai, which is close to the border with Kaliningrad, Tunikaitis ran for the local council with the political party "Lithuania's List" in 2015. And Greicius ran for Klaipeda Council in 2015, being on the Lithuanian Russian Union's candidate list alongside Andrejeva.

Carried out by prosecutors from Klaipeda Regional Prosecutor's Office, the Criminal Police of Klaipeda Police and the State Security Department, the investigation showed that one of the defendants, who resides in Klaipeda region, came into the Russian intelligence's focus back in 2014.

Their communication started with as if random contact while crossing the Lithuanian-Russian border checkpoint and with as if insignificant requests from the man, who introduced himself as Petras, to buy a wall calendar or a bottle of wine in Lithuania. Later on, according to law enforcement, it all evolved into the execution of anti-Lithuania tasks.

Carrying out tasks of the foreign country's intelligence organization, the defendant had to take photos of specific objects, collect information on told persons, attend certain events, acquire and hand over asked publications, publish certain information and carry out other orders.

The defendant received cash rewards for handed information, named as "support for health" or "compensation" for visa fees.

The second defendant met the same Russian intelligence representative in 2016 on social media. According to law enforcement, the defendant led a public organization at the time and was not surprised to have received a private message with an inquiry about the organization's activity. The exchange of messages took place for several months, and later on, the defendant met with the person, who introduced himself as Piotr, in Sovetsk, Kaliningrad.

Evidence collected during the pre-trial investigation provides grounds to believe that the defendant and Piotr agreed that the latter would fully or partially fund events organized by the defendant's organization.

The defendant also committed to take photos and videos of these events, people attending or just watching them, and present the video material to Piotr. He also committed to collect information related to these events, prepare and publish texts via designated Lithuanian media outlets, and he also agreed to hand over information Piotr was interested in using a pre-agreed confidential way.

The investigation found that a total of at least ten events funded by Piotr have been organized.

The defendant continues his communication with Piotr also after officers from the State Security Department warned him that the person was a Russian FSB officer carrying out the task to collect information in Lithuania Russian intelligence is interested in and also have an influence on public and political processes taking place in Lithuania.

"The defendant signed to have been informed that any communication with this person, execution of his tasks could be viewed as spying or assistance to another state to act against the Republic of Lithuania but he chose to continue this unlawful communication," the prosecution service said in a statement.

Based on the investigation evidence, the defendant also actively provided contact information and got Piotr acquainted with other persons who could potentially cooperate, and also secretly carried out other tasks on information collection and handover of collected information.

Both persons were detained in early March last year. They are now being subjected to measures of suppression, non-related to deprivation of liberty.