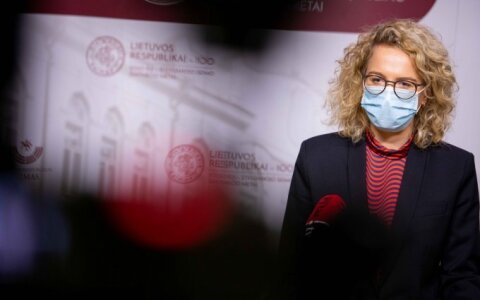 Lithuanian Economy and Innovation Minister Ausrine Armonaite says that temporary economic difficulties due to sanctions against the Belarusian regime are justified because human rights are a fundamental value.

"My opinion is that temporary economic difficulties are justified when you defend human rights, freedoms and common fundamental, eternal values," the minister has told BNS in an interview.

"Any sanctions – be it Belarus, Russia, Iran or any country in the world – have economic consequences. But they are not imposed for nothing; (they are imposed) to protect human rights," she said.

Lithuania supports the EU's package of sanctions against the Belarusian regime because it must face consequences for its action, according to Armonaite.

Belarus, a spa in the southern Lithuanian resort of Druskininkai, had its bank accounts frozen in December over EU sanctions because it is owned by the Belarusian president's administration.