Survey: what Lithuanians miss the most during pandemic 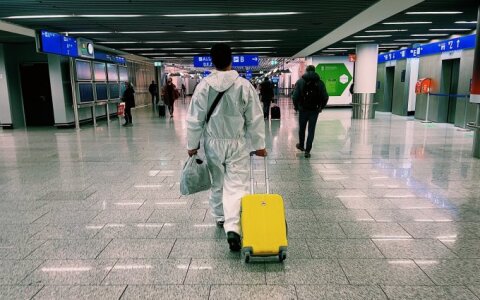 Traveling, cultural, music and sports events and get-togethers with friends are what people in Lithuania have missed the most during the coronavirus pandemic that started almost a year ago, a survey commissioned by SEB has found.

Fifty-four percent of respondents listed traveling as one of the three activities they missed the most during the pandemic, and 27 percent, mostly people aged between 30 and 49 years, put it at top of the list of the most missed activities.

"Residents of Vilnius are the ones who miss travelling the most. Almost two-thirds of respondents in the capital said that they will travel as soon as they can," Sonata Gutauskaite-Bubneliene, head of Baltic retail at SEB, said while presenting the results of the survey on Tuesday.

Forty-five percent named face-to-face meetings as one of the three most-missed things during the pandemic.

"These figures partly confirm what we see in society: older people living in more remote areas feel more isolated due to the quarantine," Gutauskaite-Bubneliene said.

Further down the list of the most missed things were gyms and swimming pools (21 percent), cinemas (17 percent), and beauty services and spas (13 percent).

Non-remote work and face-to-face professional events or conferences were at the bottom of the list, with 13.5 percent and 10 percent, respectively.

Survey: what Lithuanians miss the most during pandemic