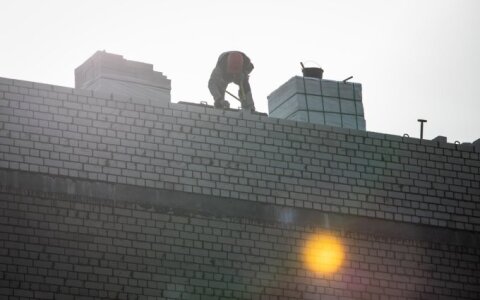 The Lithuanian State Labor Inspectorate has slapped a fine of 17,360 euros on a Vilnius building company for illegally employing workers from Ukraine.

The firm claimed that 20 Ukrainians were employed by Polish companies and posted to Lithuania for various construction works, the inspectorate said in a press release.

The scheme of fictitious posting of foreign workers to Vilnius construction sites was disclosed during an operation that the inspectorate launched in early 2020 jointly with the State Tax Inspectorate, the Financial Crime Investigation Service and Polish authorities.

"It was established that the Ukrainians were not employed in Polish companies, their posting was fictitious and they worked illegally on Vilnius construction sites," the Labor Inspectorate said.

A pre-trial investigation into data falsification and fraud has been launched.