Šimonytė rules out easing lockdown until 2nd half of January 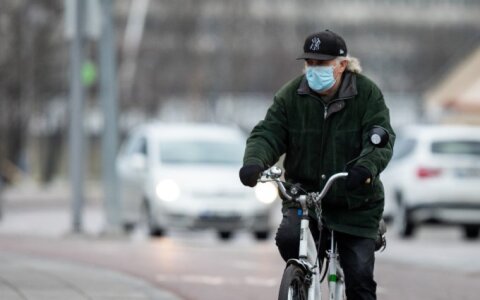 The Lithuanian government is unlikely to relax the coronavirus lockdown restrictions until the second half of January, at the earliest, Prime Minister Ingrida Simonyte said on Monday.

"I don't think the situation will allow us to consider easing the rules in early January, but if the positive momentum continues and we see that for several weeks, then we could speak about lifting some part of the restrictions, but definitely not all of them, sometime in the second half of January," she told LRT Radio.

An objective assessment of whether the lockdown measures, including the restrictions on people's movements, is hampered by the year-end holidays and can only be made in early January, according to Simonyte.

As part of the nationwide lockdown, in effect until January 31, most shops and services are closed and there are restrictions on people's movements.

The government has banned non-essential travel between municipalities from December 16 to January 3 to deter people from visiting their relatives and friends during the Christmas and New Year holidays. There are exceptions for people going to work, visiting doctors or attending funerals.

No more than two people are allowed in a car, unless they are from the same household.

Šimonytė rules out easing lockdown until 2nd half of January