For some in Russia’s elite, Putin’s future is again a hot topic 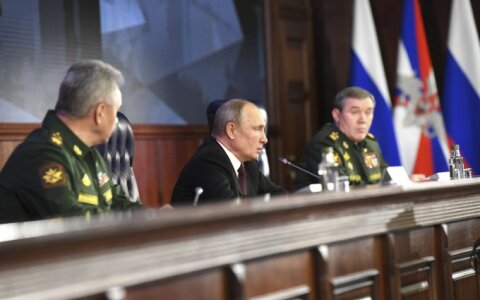 A new draft law giving immunity to former presidents and their families has rekindled speculation about Vladimir Putin’s future, months after he pushed through constitutional changes that could allow him to stay in office through 2036.

Some around the Kremlin say the bill has spurred quiet discussion of the possibility that Putin might not linger nearly that long. Backers of the draft, which is expected to become law within days, say it’s just part of the Russian leader’s effort to build a less personalized system to succee

For some in Russia’s elite, Putin’s future is again a hot topic