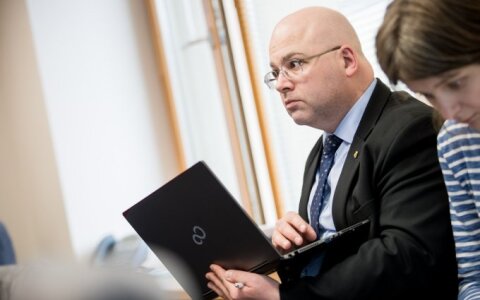 Candidates for judges of the Constitutional Court will be proposed to the Seimas of Lithuania next week and they will include lawyer Giedre Lastauskiene, Algis Norkunas, a judge of the Supreme Court of Lithuania, and Andrius Kabisaitis, head of the Legal Department of the Office of the Seimas.

Paulius Zeimys, spokesman for the parliamentary speaker, told BNS on Thursday the speaker would nominate Kabisaitis and he would be nominated for the second time alongside the candidates nominated by President Gitanas Nauseda and Sigita Ruenaite, chair of the Supreme Court of Lithuania.

Nauseda nominated Lastauskiene during the last parliament but the Seimas then rejected her, as well as the other two candidates – Norkunas and Ingrida Danieliene, a former chancellor of the Constitutional Court, nominated by the then Speaker of the Seimas Viktoras Pranckietis.

After that vote, Nauseda said he would re-nominate his candidate, and Rudenaite soon followed his suit.

However, Pranckietis proposed a new candidate – Kabisaitis – after the failed vote.

In April, the Seimas rejected the three candidates, and the key reason for that was voiced as the fact that they were no specialists of constitutional law.

The terms of Constitutional Court President Dainius Zalimas and two justices, Gediminas Mesonis and Vytis Milius, expired on March 19 and they continue performing their duties until new judges are appointed.