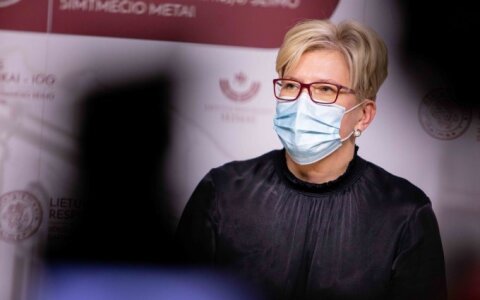 Lithuanian Prime Minister-designate Ingrida Simonyte rejected on Tuesday the Farmers and Greens Union's allegations that her Cabinet's program has been copied from that of the outgoing government, but admitted that there will be some continuity of work.

"Nobody has copied the program of this government," she told reporters at the parliament.

The center-right government's program is based on the political programs of the parties that make up the ruling coalition, according to Simonyte.

"If someone sees the continuation of some of the work there, I don't see any problems about that, because I have said that no revolutions are in the plans and that these things that were being done well but haven’t been brought to completion (...) will continue," the prime minister-designate said.

"I dare say that most politicians pursue the same goal" of making life in Lithuania better, she added.

Ramunas Karbauskis, the Farmers and Greens' chairman, and acting Prime Minister Saulius Skvernelis said earlier on Tuesday that the new center-right government's program contains provisions that seem to have been taken from that of the outgoing center-left Cabinet.

"When reading it, you get a sense that you have already seen it somewhere, (...) because there are many provisions from the (outgoing) government's program", Skvernelis said.

Simonyte is to present her government's program to the Seimas later on Tuesday. The parliament is expected to vote on it on Thursday.

The new Cabinet will take office after the Seimas approves its program by a majority of votes and its ministers are sworn in.