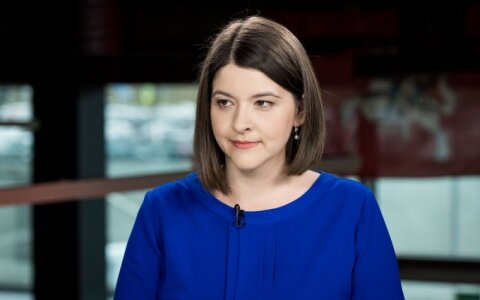 Lithuania's new government is planning to review all existing tax incentives, including the excise tax discount for diesel fuel used by farmers, Finance Minister-designate Gintare Skaiste said on Tuesday, noting that the state loses at least 2 billion euros in budget revenue annually because of the measures.

"The plan is to review all incentives and assess how appropriate they are today. Some were introduced at a time when we wanted to encourage one or another business to expand," Skaiste told LRT Radio. "For example, we currently have a reduced VAT rate for hotels because they are in a difficult situation now, but the situation may change (...)".

The government is also planning to reduce fossil fuel subsidies, meaning that the excise tax discount for farmers will likely be scrapped by the end of its term.

It will also aim to make the tax system "fairer and more uniform" for all types of business, according to Skaiste.

The government's draft program released on Monday notes that Lithuania relies too heavily on indirect taxes for revenue and even fails to collect a significant part of them.

"The sources of tax revenue that are the least harmful for the economy, such as property taxes and environmental taxes, are now among the most modest in Lithuania, so we will give priority to them," the document reads.

The new government intends to consider abolishing taxes on reinvested profits and reduce the budget's dependence on indirect taxes, such as VAT and excise duties.