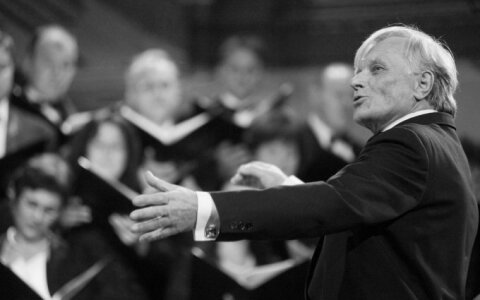 Well-known Lithuanian conductor Petras Bingelis passed away on Sunday at the age of 77.

The news was confirmed to BNS by Deividas Staponkus, dean of the Faculty of Music at the Lithuanian Academy of Music and Theater.

"He was a truly outstanding artist, it’s a great loss," the professor said.

Bingelis conducted during the Lithuanian Song Festival and other festivals for many years and was the chief conduction and art director of the World Lithuanians Song Festivals. He received a number of top state awards for his activity.