Diploma will not be the main aim for the Generation Alpha 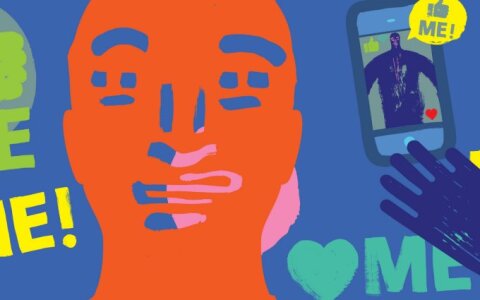 The COVID-19 pandemic has affected the education system worldwide. Many learning and teaching processes today take place online. Although such processes are not new, according to Vladas Lašas, Chairman of the Board of the Lithuanian Business Angels Network (LitBAN.LT), the changes were there, but the pandemic has sped them up.

“This year is akin to a leap through time from the film Back to the Future – although we had the technologies, pandemic forced us to start using them fast”, Lašas notes.

In his opinion, it is not easy for anyone to change their habits, but young people are much faster adapting to technology and change.

Vydūnas Trapinskas, an investment environment expert at Invest in Lithuania agency, says that more education content will have to be digitised in the near future. Such changes are inevitable with the youngest Generation Alpha – children of this generation are accustomed to technology and spend a lot of time in the digital world.

Related articles
Defence technology expert Vilkauskas: country that does not provide to its army feeds the foreign one
Novel method developed by Lithuanian scientists can help better detection of melanoma

“Distance, virtual and self-studying are the learning styles that will be the best fit for this generation. The current COVID-19 situation has just brought this reality closer”, he says.

Study process needs to be more specific, flexible, and individualised

Trapinskas assures that one of the main future competencies will be the ability to changes. Therefore, the educational system should prioritise these competencies to meet young people's needs.

“A diploma will be less important for the present and future generations; they will value the skills they gain. We need to provide the widest range of experiential learning. Universities and schools need to educate pupils and students for the future professions, with an extra focus on their career development”, he notes.

According to Lašas, an alumnus of Kaunas University of Technology (KTU), Doctor of Science and a former lecturer, there are less and less people who want to study just to get a study certificate or a diploma. Also, more people want to start their professional career earlier and they have bolder ambitions.

“The best students choose studies that they find interesting, that motivates them. Involvement and challenges are especially important to them”, says Lašas.

In his opinion, young people see the opportunities rationally and evaluate alternatives: they want a straightforward answer, why it is worth to study one thing rather than another, they value independence, flexibility, and individuality – they want personalised learning. Also, speed and efficiency based on technology and the best practices worldwide are among the important aspects. 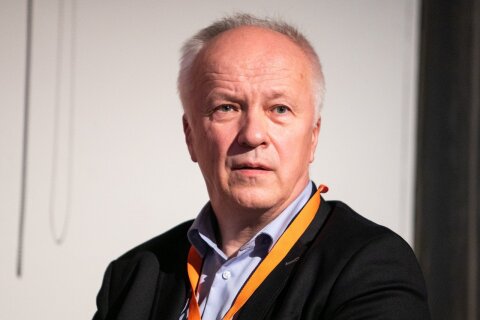 “Young people need a tangible result here and now. They want shorter study periods and are sceptical about the standards, for example, fixed-term-studies. Why do bachelor studies are four years rather than three?”, says Lašas.

Universities still have time to prepare for the new generation

The shift in generations requires changes in the education system. According to Trapinskas, educators naturally feel the need for change to reach the current generation. However, changes in education are often late.

“For example, to meet the needs of the Gen Alpha, we should already use tablets in schools. The biggest challenge is the technological one: technology management and its proper use”, says the environment investment expert at Invest in Lithuania.

Higher education institutions still have time to prepare for the Generation Alpha – they will start studying in about 6-8 years.

“Generation differences are defined by different learning styles, attitudes towards leadership and authority. Another important aspect is the relationship between a generation and technology. Technological development influence is especially evident while analysing generation changes“, says Trapinskas. 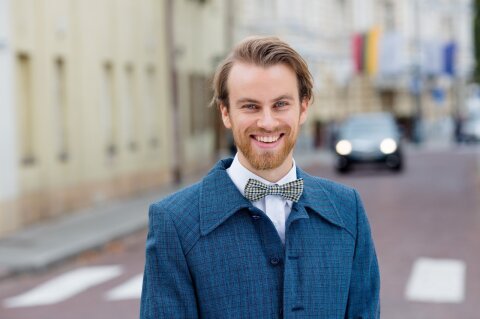 He will talk about what Generation Alpha will expect from a university at KTU event ECIU University Days 2020: Challenges Worthy of Higher Education.

The generation that creates and needs more than just information

According to Lašas, traditional teaching when the lecturer is mainly active and the students are mainly listening has changed – today students are becoming more active. The lecturer becomes an advisor, a motivator, and a mentor.

“Just as young children learn quickly by bravely trying and exploring the world around them, today’s studies are becoming based on active teamwork, mutual cooperation and real projects”, says Lašas.

While assessing the education of today’s young people, Trapinskas points out that there has been a talk for a long time that information must be visualised systematically by updating topics.

“But we should not forget how significant method choices are when talking about young people’s involvement: to think, to act and, most importantly, to create. The growing Gen Alpha is creative, so just presenting and reflecting on information may not be good enough to teach them”, he assures.

Lašas notes that studies at the universities are still based on theoretical professional knowledge. However, life requires not only knowledge, but it also requires skills that are developed through training by working on real projects.

“The ability to communicate, to work in a team, to adapt to changes, to innovate and solve problems, to work within strict time constraints, to react rationally to failure, to analyse, to criticize and to study all the time independently is like cycling – you will not learn it from a textbook or a lecturer. You need to start driving and to not give up after the first fall”, says Lašas.

According to him, in this situation, creating a start-up helps a lot. A prominent example is the Lithuanian Junior Achievement start-up programme AcceleratorX.

A chance for Lithuania to become the best in education technology

Lašas is convinced that rapid changes in the education system are possible only with technology and innovation, therefore EdTech Lithuania initiative group, to which he belongs himself, was started with the EdTech Forum in September at the Presidency of the Republic of Lithuania.

"We are convinced that Lithuania can become the best country in creating educational technology (EdTech) and innovation start-ups by developing them, testing innovations in schools and universities, thus making positive changes not only in Lithuania but also in the world", says Lašas.

According to him, EdTech start-ups can create a significant share in Lithuanian exports: "We already have them: TeachersLeadTech, BitDegree, Edukraft, Digiklasė, Reflectus and many others are creating a better future in our education today”, says Lašas.

He will talk more about start-ups at the university and how they are useful for creating innovations at KTU event ECIU University Days 2020: Challenges Worthy of Higher Education.

“We all need an understanding and a belief that technology and innovation can help to fundamentally and rapidly improve the education system. This requires courage and speed, allowing them to try new things – freeing teachers and lecturers from paperwork and instruction, creating an environment for rapid testing and evaluation of educational initiatives.

After all, a few years ago, no one would have believed that Lithuania will be next to Singapore, one of the best in terms of FinTech. We can do the same in the field of EdTech – we only need the joint efforts of the society, education professionals, technology business and government”, Lašas is convinced.

Diploma will not be the main aim for the Generation Alpha