Between myths and reality: artificial intelligence needs to be taught 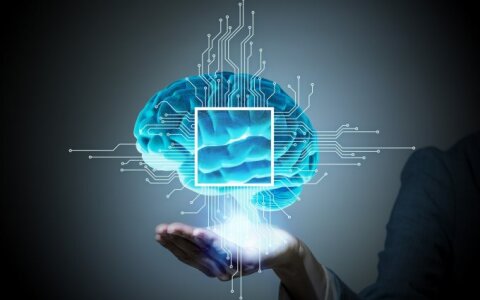 There are many myths concerning artificial intelligence (AI) today: people say that robots will replace human at work, or that the algorithms collecting big data will use it against people. Some of these concerns are grounded in reality: numbers just a few years ago had shown that robots would take up 50 per cent of jobs in the next 20 years. However, the figures today are more realistic – according to a recent report by OECD, this number dropped to 10 per cent. So how to keep the balance between myths and reality? After all, AI can process a large amount of data and take the load off from repetitive tasks, thus providing space for human creativity.

One way to do so is to educate people. Let's take Finland's example: the country plans to introduce AI to 1 per cent of the population. In 2017, the Finnish government published an AI strategy entitled Finland's Age of Artificial Intelligence. One of the goals was to raise the AI awareness among the general public. To do so, many different higher education institutions in the country were asked if they have educational resources to perform the task?

Related articles
Defence technology expert Vilkauskas: country that does not provide to its army feeds the foreign one
Novel method developed by Lithuanian scientists can help better detection of melanoma

“The government is interested in supporting the economy and democratic decision making based on facts rather than preconceptions based on science fiction,” says Teemu Roos, professor of computer science at the University of Helsinki.

To help Finland to comply with AI strategy, the University of Helsinki and IT company Reaktor created a free 30-hour online course called Elements of AI. Today, around 100 000 Finns have already taken it. The course has brought attention worldwide.

“We have users from over 200 countries around the world. The age range is from about 12 to 90 years old. The course is included in the curriculum of almost all Finnish high-schools as an optional unit, so we have lots and lots of high school students who have successfully completed it”, says Dr Roos.

The course is now available in Lithuania. As partners here, Kaunas University of Technology (KTU) and Innovation and Technology Agency (MITA) are promoting this initiative to boost knowledge about AI in Lithuania.

This course attracts a diverse audience: both male and female, from different professional backgrounds. However, only 25 per cent of women choose computer science programmes in Finland. Elements of AI attracts two times more – as Dr Roos notices that nearly 40 per cent of participants in Elements of AI are women. 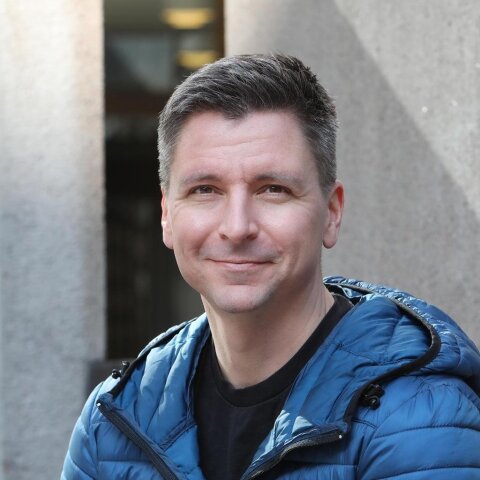 “This shows that women and girls are actually interested in AI and technology as long as they can learn about it in a neutral context where they are not treated as somehow the exceptions to the rule,” he explains.

According to statistics, Europe is still far behind in terms of investment in AI compared to the US and China. Professor Roos explains the main reason: the fragmentation of the European economy.

“Even though the EU has done a lot to create a single European marketplace, the companies and investors still sometimes think nationally and may miss the opportunities to scale up to the European (and global) level that can be offered by digital goods”, he says.

On the other hand, businesses are keen and have a role in building innovative products around scientific discoveries. It seems that the industry is at the forefront of the change: businesses are also starting to invest heavily in their research labs.

“I find this a positive thing since we can get more resources and investments into doing science. Of course, there is the danger that private companies will command the research too much, and some points of view – those of the civic society – might be forgotten. That is why academic institutions must get involved in setting the goals and bringing the non-commercial points of view onto the table”, Dr Roos explains.

The next in line to implement AI: health and entertainment industries

Statistics show that 37 per cent of businesses have incorporated AI into processes in some way. AI is applied in many different areas, but as Dr Roos notes, sectors that involve repetitive processes are the easiest to automate. In his opinion, the areas that will be affected the last and least are the things that are open-ended and involve complex cognitive processes as education, research, top management, decision making and politics.

“People make jokes about the poll that was done in the UK where many people said that they would rather have an AI govern them rather than politicians. I think this is just a silly snark that shows how little people respect politicians and government officials, and how little people actually know about the limitations of AI”, he says.

According to the professor, the industries that will see a great leap forward in terms of AI will include both health and entertainment sectors.

“The finance industry is already very much data-driven; people don’t just necessarily call economic or financial time series forecasting AI. We'll continue to see more robust and flexible models in these domains too. People talk about AI applications in education a lot, but I’m a bit sceptical myself: learning languages may be a good example since we learn to speak a new language through repetition, whereas learning to really understand things is very much a personal thing”, Dr Roos explains and adds that his wife is currently improving her Italian skills using an AI-based mobile app.

Whilst people still do not fully understand AI processes and capabilities, he thinks that there are some opportunities for AI in every domain and every industry: “Not to forget the opportunities to do better scientific research using new AI tools as well. The research itself is not going to be automated, we'll just have better tools to boost the productivity of researchers.”

“I really like the inclusiveness of the Finnish AI Strategy. Of course, we need to aim for global excellence and compete for the top talent and investments, but at the same time, we should remember that a large fraction of the GDP and the wellbeing in the society rests on small and medium enterprises,” says Dr Roos, the professor at the University of Helsinki.

Secondly, according to him, the well-developed and equitable education system in Finland and many other European countries is also a great opportunity because it is much easier to learn about AI when building on a strong education foundation.

When asked why the Finnish government supports this activity, he says that the fear and preconceptions will go away with the knowledge about artificial intelligence. Therefore, he adds, that people will be ready to benefit from AI solutions.

“Secondly, as people see the benefits that AI can bring, we will be more interested in investing our efforts (and yes, our public funds) to researching AI. Thirdly, through investments in world-class research in our own country, we can ensure that we are better equipped to build innovative and competitive companies and remain competitive in the global market”, says Dr Roos.

And most importantly, in his view, the understanding of AI affect everyone’s lives.

“People can form an educated opinion about what the rules of play should be: in other words, we can have a fact-based public discourse on how AI should be regulated so that it benefits the entire society”, explains Dr Roos.

Between myths and reality: artificial intelligence needs to be taught