Professionals urge to be careful: an angry or anxious person can become an easy prey for fake news 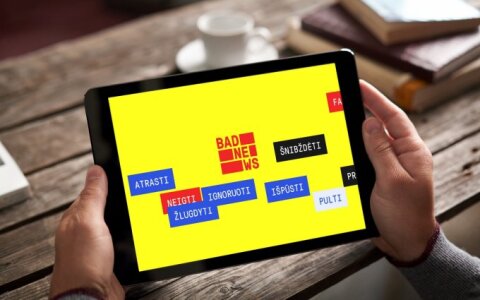 As fake news’ technologies continue to be improved, it has become easier to fall into their trap. Their technical capabilities are getting better and such “news” are reported in smarter ways. Experts of this field provide examples of actual damage that was already made and give advice on how to be more resistant to such information. If you want to become immune to fake news, it’s high time you tried the Bad News game which was developed specifically for this purpose.

“The constant flow of information in which we live shapes our attitudes, values, beliefs and even behaviour. Information determines what we buy, what we consume, how we spend our free time, and what we believe in. Without critical thinking, we might fail to pick the right information, which leads to creating a distorted picture of reality, and that is fundamentally harmful. In other words, fake news is a lie, and a lie misleads us, it raises doubt and mistrust,” said historian Luka Sinevičienė.

Related articles
5 conspiracy theories about COVID-19 that the world still believes in, and a game to help develop resistance to lies  (1)
Dangers of fake news: people exposed to disinformation may lose touch with reality

Fake news can affect our decisions

“The constant flow of information in which we live shapes our attitudes, values, beliefs and even behaviour. Information determines what we buy, what we consume, how we spend our free time, and what we believe in. Without critical thinking, we might fail to pick the right information, which leads to creating a distorted picture of reality, and that is fundamentally harmful. In other words, fake news is a lie, and a lie misleads us, it raises doubt and mistrust,” said historian Luka Sinevičienė. 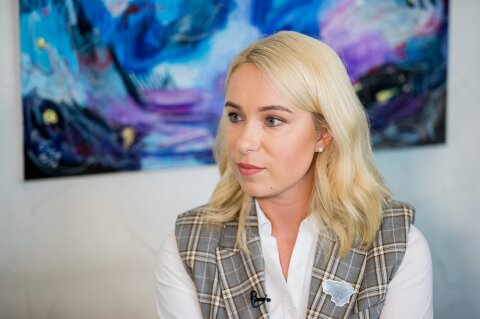 According to Ignas Kalpokas, Associate Professor of the Department of Public Communication at Vytautas Magnus University (VMU), false news has been in the spotlight since 2016, when Donald Trump was elected President of the United States. At that time, many finally understood that fake news is like propaganda – an attempt by politicians, business people or unfriendly states to present completely fictional or altered stories as a reflection of real events and facts.

“Such ‘news’ is not accidental, it is related to the context relevant at the time. For example, a couple of years ago, when the refugee crisis began, fake news was created about attacks allegedly organised by refugees. There was a desire to shape the mood of society, to influence and divide it. That is the goal of all fake news,” Kalpokas explained.

Fake news is most common on social media, and a lot of such information can be found online, such as on websites that pretend to be news portals, cleverly copying the typical format for presenting news to the public.

“Fake news on social media is like a disease. Information spreads so quickly that it is impossible to keep up. News spreads particularly quickly and effectively in various Facebook groups that bring together people with similar interests, beliefs or views. In other words, we all live in our social bubbles which are like echo chambers where we can see and hear what we want to see because our social media friends are somewhat similar to us,” said Sinevičienė.

VMU lecturer Kalpokas agrees with her: “Social media are the most favourable media for the spread of fake news because using them is technically simple and it does not require high costs. Another important aspect: if the initiator of fake news builds a critical mass of followers, they start doing the job instead of the original creator by sharing, commenting and so on. Such news is presented with references to fake news portals or blogs, which make some people believe that the information is trustworthy. And our filter of scepticism goes down even more quickly if the news is shared by our friends, acquaintances, people that we consider to be an authority.”
Lithuania was also harmed by fake news

Many Lithuanians have heard about plenty of examples from abroad where fake news has done actual damage. Sinevičienė recalls one of the most resounding cases that did a lot of damage: the burning and breaking of mobile communications towers in the United Kingdom, which happened in late spring, due to a conspiracy theory that appeared on social media, which claimed that 5G spreads the coronavirus.

“People’s sensitivity and constant search for information about the virus was especially high at the beginning of the pandemic. There was a lot of uncertainty and fear. At such moments, people are the most vulnerable, so even the silliest, unbelievable or difficult-to-comprehend information can be accepted as truth. 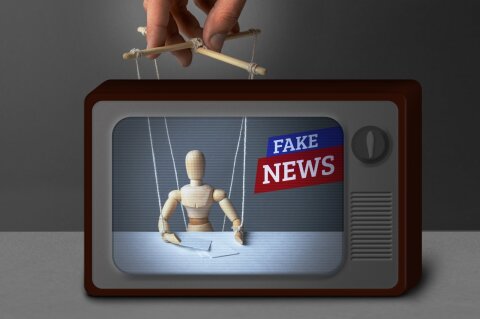 In this way, fake news bypasses our subconsciousness and a lot of people can get caught in a fake news trap. During the pandemic, at least several deaths occurred as a result of fake news. This shows how powerful a weapon can be a piece of information. For example, a fake story was spread saying that large amounts of high-concentration alcohol could kill the virus. Due to such information several people died, became blind or got poisoned. Manipulating information, sowing mistrust or misleading people is one thing, but false information of such a scale and level crosses all possible boundaries and can even be dangerous to human life,” Sinevičienė shared.

According to her, there were many cases of fake news affecting the society in Lithuania as well. False calls to the police are one example – the police receive plenty of them every year. Some are about planted explosives at an airport, mall, courthouse or other places. The consequence of such false calls is that many officials and security authorities are mobilised, traffic gets disrupted, shopping stops, and our normal daily lives are disturbed. Other times, the purpose of such false calls is to divert attention from much more serious crimes.

Kalpokas points out that some fakes news can spread internationally. In Lithuania and all over the world fake news regarding COVID-19 was especially popular during the pandemic.

“Such news easily disseminated on social media, telling rumours about how someone’s cousin heard that one of their relatives had died in hospital and had been classified as having died from COVID-19, when in fact the real cause of death was different. People suggested sharing such information with others because it allegedly could not be made public due to its secret.
The activity of the so-called trolls from Russia is also often observed. They create information and comments with the goal to raise doubts about our European and transatlantic partnerships, forming the opinion that there is a need for help from outside,” said the VMU lecturer.
Part of society that is the least resistant to disinformation

Fake news spreads very easily in an audience which feels great disappointment with the state they live in. “Every society has such people – this is the audience that is most likely to believe in false stories, this is where fake news can reach the desired effect most quickly. Older people are also much more susceptible to fake news because their sources of information are more limited. They often accept as truth everything they have read on paper or even heard from their neighbour. Although young people use a lot of social media, their sources of information are more diverse, they are less susceptible in this regard,” Sinevičienė explained.

“Resistance to misinformation is determined by digital literacy skills. The general emotional well-being also correlates with this.

Susceptibility to fake news increases when people are scared, worried, or do not trust their environment. During the quarantine, we noticed some changes: older groups became more active on social media. 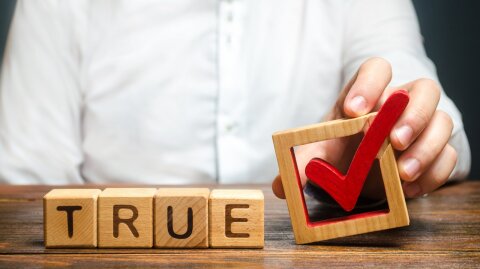 Fake news spreads particularly easily among dissatisfied groups of older people who find it more difficult to bear economic transformations and other changes. When a person is angry or dissatisfied, he/she looks for stories that ‘explain’ why life is so bad and provide at least temporary relief,” said VMU Associate Professor Kalpokas.

It is not difficult to explain why information affects people differently. Education, intelligence, erudition, and interest in what is going on around us are important factors.

“The reliability of the source of information is crucial, especially if it is not a well-known media. Facebook, Instagram, or other social media in and of themselves are not sources of reliable news, so you have to select and verify the information that you get there. Always check several sources – both the news from Lithuania and from abroad.

It is even better if you can do so in multiple languages. We have to develop our critical thinking to be less gullible and vulnerable. Only constant education, media literacy, and book reading can help to protect you from fake news and the harm it causes. Everything is in our hands,” said the historian.

According to Kalpokas, another key thing is the desire to check the facts. It can be well worth your time, especially if the news sounds too good to be true.

A special game against fake news

The technologies and schemes of fake news are evolving on daily basis, making it increasingly easy to fall into their trap. Fake news is most common on social media, and a lot of such information can be found online, on websites that pretend to be news portals, cleverly copying the typical format for presenting news to the public.
The activists from demaskuok.lt developed a game called Bad News, which allows us to learn six most commonly used disinformation techniques: impersonation, emotion, polarisation, conspiracy theory, discrediting and trolling.

Due to the fact that more and more unconfirmed news is circulating on the internet and social networks, the game Bad news is becoming more and more relevant to society. This game was first released in Lithuania and is now available in Latvia and Estonia as well. The game is unique because you as the player do not get to be a hero, quite the contrary – you are an online troll who seeks to increase its popularity and the number of followers through unethical decisions and lies. Such a game format is used for a good reason.

Research at Cambridge showed that by introducing people to fake news techniques and allowing them to be the bad guys they are more likely to recognise false information. The study showed that, after playing a similar game that lasted only 15 minutes, 21% of the players became more resistant to disinformation, it became easier for them to distinguish real news from fake news.

Feel free to try this game out yourself: http://getbadnews.delfi.lt/.

Professionals urge to be careful: an angry or anxious person can become an easy prey for fake news