EU commissioner: Lithuania should cut other taxes if environment taxes are raised 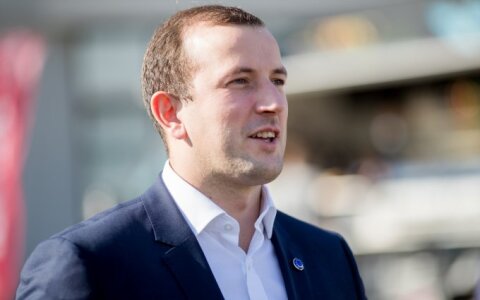 Europe takes the view that taxes need to be balanced and if some taxes are raised, other taxes should be reduced, European Commissioner for Environment, Oceans and Fisheries Virginijus Sinkevicius said on Friday, commenting on the Organization for Economic Cooperation and Development's recommendation that Lithuania increase environmental taxes.

In the European Commission's opinion, if the state follows the "polluter pays" principle and increases pollution taxes, it should lower other taxes, such as labor taxes, Sinkevicius said.

"It has to be balanced. Perhaps labor-related taxes should be reduced. This is an option. But any tax changes must be well prepared and discussed", he told a news conference.

Sinkevicius said irrational taxes could harm the system as a whole, adding that Lithuania has other reserves to make its economy greener.

"For example, municipal and urban public transport, and green public procurement. This could be an easier way than taxes. They could be in place in the future, but again, as I said, they should be extremely well prepared," he said.

In a report published this week, the OECD called on Lithuania to reduce fossil fuel subsidies and introduce a carbon tax to green its economy.

EU commissioner: Lithuania should cut other taxes if environment taxes are raised