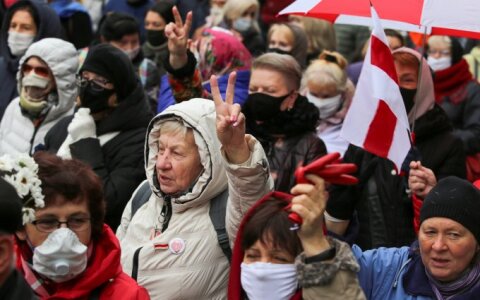 Lithuania, Latvia and Estonia have on Friday agreed to expand the existing sanctions for the Belarusian regime's officials and blacklisted the country's information and sports ministers and police officers.

"We made a coordinated decision with the Latvians and Estonians to expand the national sanctions," the minister said. "We are taking both paths – the European and the national one. We see that the situation is not changing and the outgoing regime is pushing through a new reality, which is really not perspective, and we need to maintain pressure."

According to the minister, there are more than 150 people the Baltic states' blacklist and they are banned from coming to Lithuania, Latvia and Estonia. The EU sanctions are in force for 59 people and they included travel bans and asset freezes.

Linkevicius says the Belarusian information and sports ministers were sanctioned in response to internet restrictions and the persecution of athletes criticizing the regime.