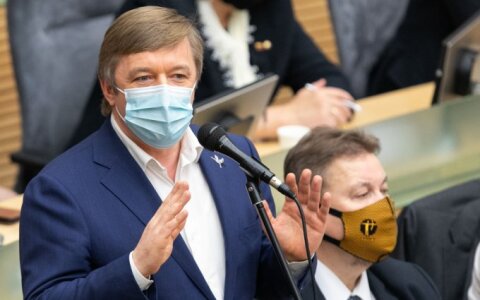 Ramunas Karbauskis, leader of the opposition Lithuanian Farmers and Greens Union, is renouncing his lawmaker's mandate in protest of the new government's actions during the distribution of positions in the parliament, Dalia Venceviciene, a member of the party's political group in the Seimas of Lithuania, has announced on Thursday.

"In the morning already, the group said it refused to take part in the political farce the Seimas leadership and the ruling majority are creating, having lost the political group's trust. Karbauskis will submit his request to the Central Election Commission during its upcoming sitting," the party said in a statement.