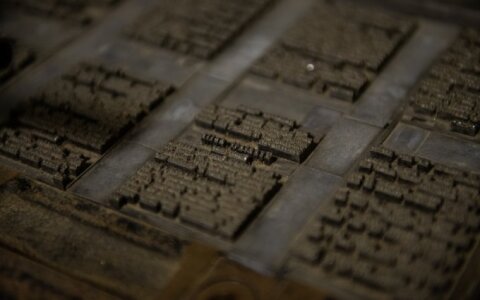 The Genocide and Resistance Research Center of Lithuania has launched a new website, laisveskovos.lt, that contains the first publicly-accessible detailed list of participants of the Lithuania's anti-Soviet resistance war of 1944-1953.

The list is not final, the center says, and now includes 12,799 names, including those of people killed in the battlefield, executed by firing squad or those who died in prison. Later on, the list will be updated with the names of survivors – repressed people who were sent to gulags and later came back, as well as those of resistance participants and their communicators who went into hiding.

The directory will be constantly updated, with the center asking for public assistance to provide new information and correct any noted mistakes by using the providing links.

"Armed anti-Soviet resistance was one of the Lithuanian civic society's strongest actions in the country's history. Participants of the partisan war are not only armed fighters (partisans) but also people who were not directly affiliated with armed structures. They include partisans' communicators and supporters. The directory includes the names of people who belonged to alo aforementioned groups of partisan war participants," the GRRCL said.

It says the main goal of this directory is to provide information to the Lithuanian public about Lithuanian citizens who resisted the anti-Soviet regime and "sacrificed their lives for Lithuania in the battle field, gulags and Lithuanian prisons".