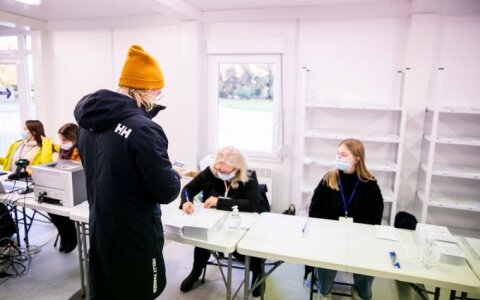 Thursday is the last day for voters in Lithuania to cast their early ballots in the October 25 runoff parliamentary election.

Advance polling stations across Lithuania opened at 7 a.m. on Monday and will close at 8 p.m. on Thursday.

Special drive-in polling sites for voters in self-isolation due to Covid-19 will also close on Thursday evening.

Some 69,752 people, or 3.02 percent of all voters, cast their ballots during the first two days or early voting, twice as many as in the first round two weeks ago, according to figures from the Central Electoral Commission.

Only three candidates secured an outright victory in their single-member constituencies in the first round of voting on October 11. The two front-runners in other constituencies are competing for seats in the October 25 runoff.

Another 70 of 141 MPs were elected in the multi-member constituency in the first round.