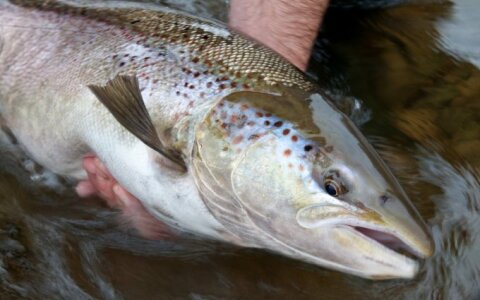 The ban will be in force until December 25.

The Operation Salmon is being held to protect salmonidae from poachers during their travel to spawn.

The Environmental Protection Department has also stepped up its forces and called on officers from the Police Department, the State Border Guard Service, the Public Security Service and other services to join the operation.

People face fines of up to 550 euros and confiscation of fishing gear for the violation of the ban, as well as a basic damage calculation rate of 970 euros.