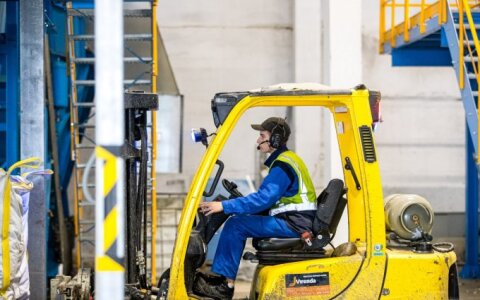 The Lithuanian government proposes to raise the minimum wage from 607 euros to 642 euros before tax and increase the monthly child benefit from 60 euros to 70 euros next year.

The increases are proposed in next year's state budget bill submitted to the Cabinet by Finance Minister Vilius Sapoka on Wednesday.

The Cabinet approved the proposal to raise the minimum wage by 35 euros, but Prime Minister Saulius Skvernelis noted that the new government formed after the parliamentary election will still be able to review the decision if economic growth forecasts are revised.

The average old-age pension should increase by about seven percent next year, from 377 euros to 404 euros, according to Sapoka.