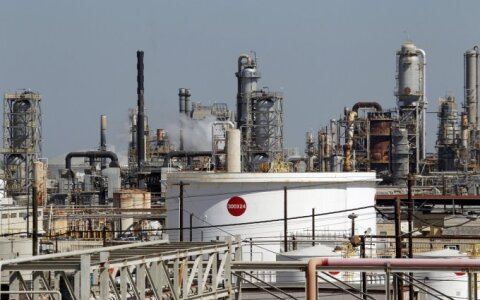 Exxon Mobil Corp. has been planning to increase annual carbon-dioxide emissions by as much as the output of the entire nation of Greece, an analysis of internal documents reviewed by Bloomberg shows, setting one of the largest corporate emitters against international efforts to slow the pace of warming.

The drive to expand both fossil-fuel production and planet-warming pollution comes at a time when some of Exxon’s rivals, such as BP Plc and Royal Dutch Shell Plc, are moving to curb oil and zero-out emissions. Exxon’s own assessment of its $210 billion investment strategy shows yearly emissi