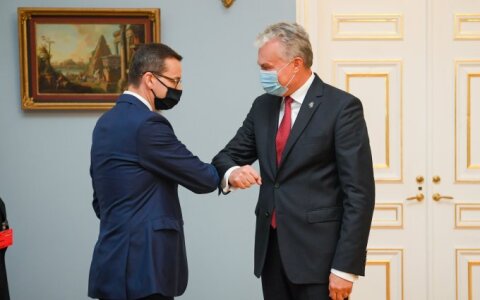 Poland and Lithuania will support each other in the Court of Justice, because the provisions of the package are unfair and protectionist, according to Morawiecki.

"This is about freedom of movement in the field of transport; this is the fight against discriminatory provisions," the prime minister told a news conference.

"Poland – I can declare it from Vilnius – will join Lithuania's efforts to fight for the rights of our business people before the EU Court of Justice," he said.

In early September, the Lithuanian government decided to contest the Mobility Package's provisions in the European Court of Justice

The Mobility Package was passed by the European Parliament in July. The reform is mainly supported by old EU members from Western Europe, such as Germany and France.

Eastern Europeans say the new rules will push haulage companies of the so-called peripheral EU countries out of the market and increase pollution on the roads.