Sources: French President Macron to come to Lithuania this month 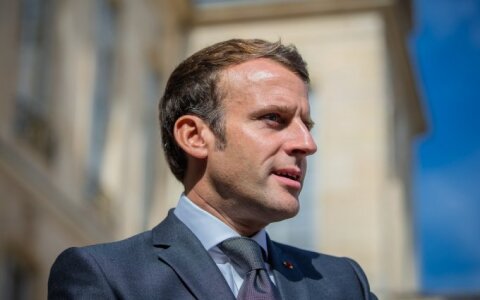 French President Emmanuel Macron plans to pay a visit to Lithuania later this month, well-informed sources have confirmed it to BNS.

According to the information available to BNS, the visit is scheduled for September 28-29.

France is the second-largest euro area economy after Germany but its economic ties with Lithuania are rather weak.

Lithuania has been actively pooling EU support for the Belarusian opposition protesting against the Lukashenko regime. Meanwhile, France is taking the initiative in the dispute with Turkey on the crisis in the Mediterranean Sea region.

Traditionally, France is also one of the biggest supporters of EU integration. Lithuania and France's positions on Russia often differ as Lithuania urges the West to take a tougher position towards Moscow and place it under diplomatic isolation, and France is in favor of closer ties.

Sources: French President Macron to come to Lithuania this month