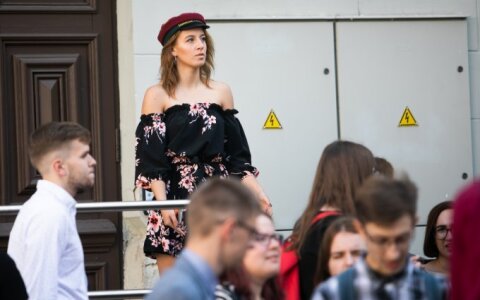 Seeking to express solidarity with the people of Belarus and supporting the democratic aspirations of the citizens of the neighbouring country, Vilnius University (VU) has decided to establish the Grand Duchy of Lithuania scholarships for the most gifted applicants from Belarus. This would enable Belarusian students to study at VU free of charge and be provided with additional financial incentives. VU will also offer the opportunity for Belarusian students who are persecuted for civil and political reasons to transfer their studies to VU, the university informs.

VU Rector Prof Rimvydas Petrauskas says that this initiative will provide an opportunity for young and motivated people to become VU students and to continue the tradition of the nations and cultures that formed the Grand Duchy of Lithuania.

“The history of VU is closely related to the formation of the Belarusian identity as well as the community of Lithuanian and Belarusian nations. Both the university and the city of Vilnius itself have many signs of Belarusian identity. The rectors of Vilnius University are former representatives of famous Grodno relatives – Andriejus Valavičius, Martynas Počobutas-Odlianickis or Jokūbas Hladovickis. The formation of Belarusian identity was significantly influenced by the intelligentsia that lived and worked in Vilnius at the beginning of the 20th century. The Belarusian language and culture, the Belarusian people are part of the history of both Vilnius and the university, and, hopefully, part of the future. Lithuania and Belarus are connected not only by 679 kilometres of common border, but also by approximately the same number of years of history. The common past of the Grand Duchy of Lithuania could be the basis for linking contemporary Lithuanian and Belarusian societies,” Prof R. Petrauskas says.