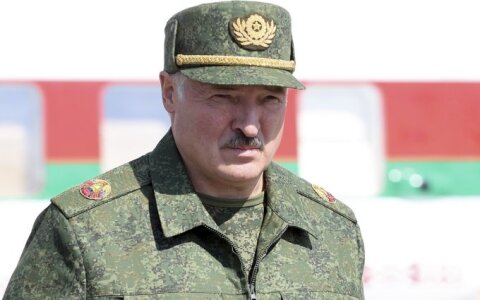 Lithuania's Ministry of Foreign Affairs is proposing sanctions for over 100 Belarusian officials responsible for vote-rigging and violence against peaceful protesters.

"The Foreign Ministry has submitted an updated list to the Interior Ministry. It now contains 118 people who are proposed to be sanctioned," Rasa Jakilaitiene, spokeswoman for Foreign Minister Linas Linkevicius, told BNS on Wednesday.

Blacklisted persons would be banned from coming to Lithuania. The final decision should be made by Interior Minister Rita Tamasuniene.

EU foreign ministers plan to discuss the sanction issue during their informal two-day meeting in Berlin, starting on Thursday.

People on the EU sanction list are barred from entering the EU and have their assets frozen.